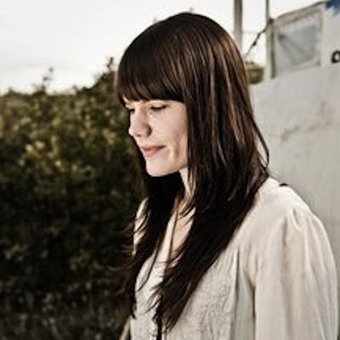 'Singer/songwriter' - now there's a phrase to make the hardiest music fan run for the hills.

Most people think half-baked songs, acoustic guitars and dingy cafés whenever those words are uttered, but attach that worn tag to American icons such as EmmyLou Harris, Gillian Welch, Sufjan Stevens and even angst-ridden songster Ryan Adams and you get a clearer picture of where the genius of Lauren Thomson fits in.

Taking first place in the NZ Songwriting Trust Awards for her song "Where Would I Be" and a top 20 contender in the APRA Silver Scroll Awards with the title track from her 2008 EP, Our Love Is Due, this girl has forged a well-respected path for her songs by the toughest critics. She's even rubbed shoulders and played with some of the world's best musicians, John Jackon (Bob Dylan), Marco Giovini (Robert Plant, Patty Griffen, Norah Jones) and New Zealand's very own Bones Hillman (Midnight Oil).

In June 2010, Thomson collaborated on an album with Canadian - born, two-time Tui Award Winner for Best Country Album 2009 & 2010, Tami Neilson. The two solo artists spent a month in Toronto, Canada, recording with Neilson's family with the purpose of recording volume 2 of Neilson's album "The Kitchen Table Sessions" but Thomson ended up coming home with her own album in hand as well, "Chanteuses & Shotguns" which is to be released in January 2011, followed by a collaborative nation-wide tour with Neilson.

Echoing the noir-country tradition of life's well drawn struggles (think Johnny Cash meets Ryan Adams... on a good day), Thomson sends her bruised and weathered voice soaring over a jangling flat-top as she poignantly illustrates borrowed tales of heartache and revenge with her own wit - never afraid to let hope creep up behind. It's delectably dark stuff punctuated with a unique antipodean optimism - no unnecessarily joyful ditties here - but if you're a sucker for melancholy, haunting riffs and an undeniably sweet face then Thomson will quickly draw you in.

"This EP hints at a deep talent waiting to emerge. Can't wait for an album if the songs are as consistently as strong and well realised as these" - Graham Reid, Elsewhere

Lauren Thomson's first full length album, Chanteuses &amp; Shotguns, comes as a bit of a surprise, but a good one.