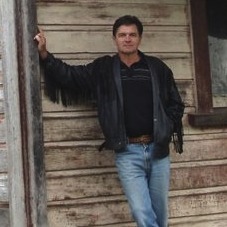 My earliest recollections of music of any description are probably of my Mum and Dad singing old traditional country songs, while Dad played thumb style on a battered old guitar...

I had a fascination for his large collection of 78rpm records and was often found on my own, loading them on to our old stack-up gramophone, playing the songs of Wilf Carter, Tex Morton and Buddy Williams, over and over.

I was really taken with the ‘one voice - one guitar' cowboy style and at a really early age just knew I had to master the art of yodelling.

It was while playing in a country/covers band in my late teens that Denise came into my life. Soon we were inseparable and with her encouragement I entered a country-music awards competition and went on to win several of these events around NZ. Things were happening now and I was invited to participate in the NZ television show ‘That's Country' as a regular and was privileged to share the stage with such people as Johnny Russell, Connie Smith and Emmylou Harris.

By now I had come to the attention of the NZ recording company Music World who believed I had the potential to produce a successful recording. At first I was a little reluctant of their concept of an all yodelling album, but from day one ‘Yodelling Man' was a runaway success, going on to win the award for the highest selling album in Australasia at the Tamworth NSW Awards in 1987. It was really nice to get that ‘Gold' Guitar.

I was also presented with a ‘Gold Disc Award' by Music World for sales exceeding 50,000 copies.

By now however, the realities of raising a young family, paying mortgages and

business as a new home builder, while the guitar was staying in the wardrobe for

It had become apparent just how difficult it is to successfully live off the proceeds of music in this small country of ours. In the intervening years we have kept up our enjoyment of music and have managed to produce two albums - Southbound and Born To Be A Cowboy, both of which have done well for us and continue to sell. In fact we have several tracks from both albums being played all over the world at this time.

Our fourth album ‘You're Everything To Me' produced and recorded at Manuka Studios in Auckland N.Z., while not so much a change in direction is largely a reflection of deeper feelings and life experience. Accordingly it is based around seven of my originals.

These days I am writing and singing more and more of my own material, drawn largely from my life experience and covering a far greater range of easy listening genre than the country cowboy I started out as, although the early material remains an important part of what I do. I look back at the wonderful times we have had and the many wonderful friends we have found on the journey. But I also look forward to exciting times ahead. In fact an invitation to Canada in July 2008 to perform at the prestigious Calgary Stampede before an audience in excess of six thousand has definitely been a career highlight for me. To stand on the same stage as Wilf Carter just blew me away and now, even after the event, it still seems like a dream to me. The Calgary Stampede draws over 1.2 million people over the ten days and the Stampede ground just hums with music, cowboys and cowgirls. Our album This Ole House was released in January 2009. Squarely aimed at continuing requests we have had over the last few years, it is going great for us. So much so that we have another one on the blocks to the same formula - a few oldies, a few newies, a couple of originals and maybe a touch of rock 'n roll to be done at Manuka Studios in Auckland N.Z.

A big highlight for me in 2010 was a tour to the Mid West States of USA namely - Iowa, Kansas, Nebraska and the taping of a television show in Minnesota and finishing the tour in Texas. This has opened up new doors and it is fast becoming apparent that we will be performing more and more in the Northern Hemisphere. 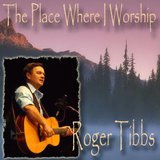 The Place Where I Worship

Rogers first Gospel album produced and recorded in the USA.&nbsp; A Traditional album of Gospel songs sung straight from the heart.