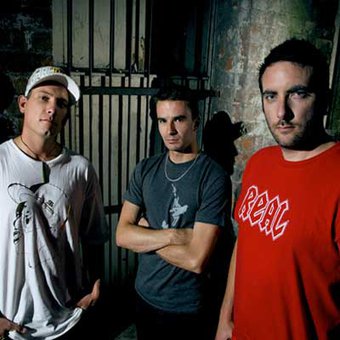 The name Antiform has been on the lips and turntables of Breakbeat and Drum and Bass pioneers for a lengthy amount of time already, but their latest achievements have made everyone wake up and take note.

Working with acclaimed vocalist, producer, musician and New Zealand's man of the moment Tiki Taane on their latest EP 'Got To Be You', Antiform have made their mark on the Amplifier charts, reaching number two, their video for the single at number two and the EP release at number three on the charts for fourteen weeks - surely a sign of a force to be reckoned with.

The 'Got To Be You' clip has been creating hype on New Zealand Music TV as well as being picked up by MTV UK/International and has even made it to the MTV UK Dance Charts. The clip has also been brought by the large retail chain 'Footlocker' in the United States to show in 1300 stores.

Antiform is set to release another two music videos in 2008, for 'Crash' with State of Mind's MC Twincam and 'Grip' with Hip Hop MCs Neesh and Ethical.

The force in question hail from the comparatively far flung Auckland, New Zealand- an unlikely breeding ground for the epic, bass-driven, melodic riffs that have created mania on the dance floor and sent crowds of partygoers wild. Antiform have recently headlined several major festivals, completed a hugely successful Australasian tour, sold out their EP release party and have been playing to swarms of partygoers on the New Zealand tour for 'Ends of the Earth' of which they feature no less than three times on the album with 'Got To Be You', 'Grip' and 'Crash'.

Antiform have traveled a vast distance since their conception in the 2002 where brothers Josh and Luke Purcell met Brendon Spain on the national DJ circuit and their combined talents have taken them from a local festival CD to the Hardcore Beats 3 compilation and being nominated for Best Breakthrough DJ at the Breakspoll 2008 awards in the UK, making them the first Kiwis ever to be nominated for this huge accolade. If this wasn't enough, Antiform have captured the attention of hugely influential producers such as The Freestylers, Freq Nasty, Screwface, Ctrl Z, The Autobots, Affinity, and 'Got to be you' has been play listed on the BBC's Radio One with Annie Nightingale.

Far from being pigeonholed into a traditional definition of dance music, you're likely to hear synths, samplers, live guitar and epic scratching at Antiform's live shows. Always guaranteed crowd pleasers, Antiform are continuously a top pick for festival promoters and do not disappoint. Their early projects with Auckland's MC Twincam spawned 'It's All About' which hit number three on bFM's chart. In 2007 Antiform delivered 'Boombox', the track created major hype with Screwface remixing the tune for Hardcore Beats 3 and was signed by the UK's biggest Breakbeat label, Hardcore Beats.

What is next for the Antiform boys you ask? A hugely anticipated debut album is on the cards for early 2009 with collaborations with some of NZ's finest artists- watch this space. In addition, Antiform is set to embark on an Australasian tour to promote their forthcoming album which will no doubt drive new and old fans crazy. After they've finished conquering Australia the trio will be winning over Europe and playing alongside some of their massively successful contemporaries. 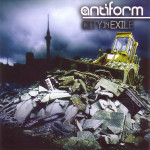