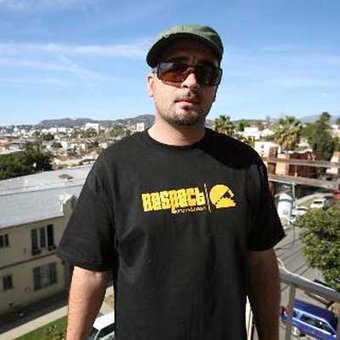 Bulletproof is at the very forefront of NZ future bass music production.

For over a decade, the name BULLETPROOF has stood for nothing less than the futuristic "Neurofunk" style of dance floor DRUM & BASS. His relentless passion and devotion to Drum & Bass established Jay Bulletproof as one of the nations leading Drum & Bass DJ's & Producers. He hosts the weekly nationwide D&B show "THE SUBSESSIONS" every Wedneday on GeorgeFM, and recently took out the award for "BEST NZ DRUM & BASS DJ" at the 2010 Nite:life awards.16 years into the game and today, Jay still remains as passionate about Drum & Bass as the he did the first day he heard it.

Always searching experimenting with new musical innovations, 2007 saw him venture into the emerging realm of DUBSTEP production and He has now completed His first full length Dubstep album titled "SOUNDTRACK TO FOREVER". The album features a world-class selection of Jay's solo works and remixes, combined with collaborations with the cream of Aotearoa's A-List musical talent. TIKI TAANE, BOH RUNGA, ISAAC AESILI and DEVA MAHAL. PNC, DAVID DALLAS, MILON WILLIAMS and EVAN KILJOY all feature on the album, along side local underground Dubstep producers, OPTIMUS GRYME, TRUTH and Gryme MC extrordinaire RUGGED TECHNIQUES, plus leading UK indie dance heavyweights, SPEKTRUM. This album is one of musical diversity never before seen in NZ future bass music, also taking his world renowned live performances to a whole new level, seamlessly combining the genres of D&B & Dubstep into his sets proving a complete hit with the masses.

SOUNDTRACK TO FOREVER is released May 17th, 2010 and is destined to bridge the divide between underground and mainstream dance music, proving once again why the name "Bulletproof" is at the very forefront of NZ future bass music production. 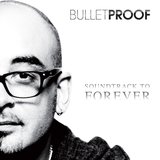 For over a decade, the name Bulletproof has stood for nothing less than the very best in the futuristic "Neurofunk" style of dance floor Drum &amp; Bass. A relentless passion ...