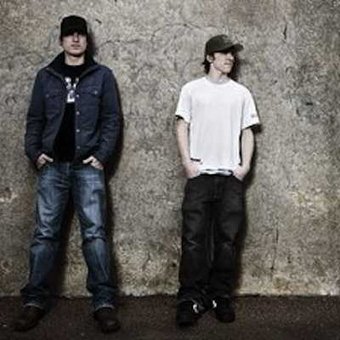 Releasing on some of the genre's best labels internationally State Of Mind are one of the country's most prominent Drum and Bass acts.

Founded in 2004, State of Mind is the Drum and Bass duo from New Zealand of Patrick Hawkins and Stu Maxwell

Initially signed to Total Science's CIA label in 2005, the State of Mind discography has rapidly expanded to include labels such as, Teebee's Subtitles Records, Friction's Shogun with the massive Back to the Jungle EP, Futurebounds Viper label, Doc Scotts 31 Records, Bad Company, Obsessions & BSE Recordings, plus more. Watch this space.

In 2007 the lads decided to launch their own record label, SOM MUSIC. Representative of their own unique sound, the label has grown into a force within DnB. Recording artists include Black Sun Empire, Chris.Su, Axiom, Spinline, SOM, Sigma, Mindscape, & Dose.

State of Minds debut full length album TAKE CONTROL was released in 2006, available with in NZ and Australia through Uprising Records. For those of you overseas, it can be ordered from http://www.smokecds.com. It is also available from ITUNES NZ.

State Of Mind are also the hosts of internationally successful 95bFM drum n bass show 'Next Level' (Saturday 9-11pm NZ time, at www.95bfm.com). This show has become one of the premier shows in the scene, and regularly hosts guest mixes from players at the top of the game.

Nil by Ear is State of Mind's third studio album.