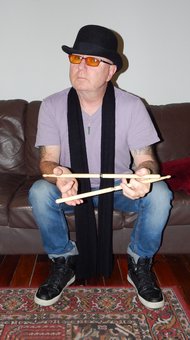 Bruce moved to Melbourne in 1993 where he formed Fish Tree Mother with Lobby Loyde (Australian R & R Hall of Fame). He then relocated Canada and invented Cape Breton Int Drum Festival from 2001- 2010.

Bruce has also won many awards Including Musician of the Year in Nova Scotia Canada in 2004.