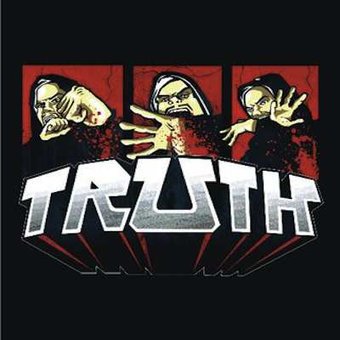 Truth, undoubtedly New Zealand’s greatest Dubstep export; have been making a huge impact around the world with their heavy bassline riddims.

Truth have a style that defies categorization; encompassing an array of melodies, vocals and spacious beats that range from half-step stompers to the deeper profound realms of sound; all with one common element which underpins every track; a heavy bassline riddim that lays sheer force on any system heavy enough to handle it.

Truth’s big riddims have been quickly snatched up by a number of established labels such as Mala’s seminal label ‘Deep Medi Musik’ with the huge 12”, (The Fatman / Stolen Children). Skream has picked up four Truth tunes (Stay / The Future/ Wednesday / Bubba Ho Step) and will be releasing them as an double vinyl EP 12” for his label ‘Disfigured Dubs’. Australian label Aquatic Lab has released two 12" Truth vinyls (Terror Planet/ Disappear and Revelation/ Lost At Sea) have plans to release a Truth LP in 2010. Truth have also recently released have a 12” Vinyl on New Zealand based label ‘Optimus Gryme Recordings’ (Payback / Optimus Gryme- Immortal- Truth remix), along with a bunch of remixes for artists such as The Nextmen, Ms Dynamite and Silverclub to name a few. Also, Alix Perez has included a Truth collaboration on his debut album '1984'.
2010 is set to be a massive year for Truth, with some big releases in the pipeline including a second 12” release on Deep Medi, the Disfigured Dubs EP, a 12” on Boka Records and the much anticipated Truth Album- ”Puppets”.
Truth’s dubplates have been receiving vast DJ support from around the globe with artists including; Mala, Skream, Joe Nice, Hatcha and N Type, with their beats being dropped at shows from venues as far away as Club Love in New York City to DMZ in London, as well as featuring on Radio shows including the BBC's Radio One, Kiss FM and Rinse FM.

With two comprehensive Europe tours under their belt and a string of gigs around Australia and Asia, including an appearance at the seminal DMZ night in Brixton, and the infamous Sub Dub in Leeds, Truth know how to impress. Truth's mixes for radio shows and podcasts,have been receiving huge accolades from the lucky listeners, with recent appearances on Kiss FM, Get Darker TV and Rinse FM.

The truth is out there. Now go seek. 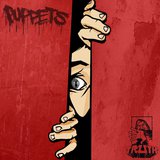