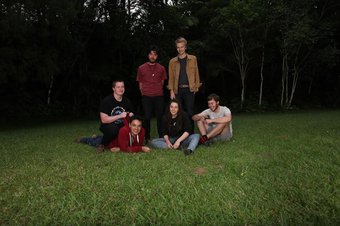 The Doprah sound is not so much international as intergalactic - noise that stretches outwards and inward as if concocted in a particularly colourful area of your mind.

Having released a self-titled debut EP in 2014, the first months of this year saw Doprah (now a six-piece built around the core duo of producer Stephen John Marr and vocalist Indira Force) released ‘Wasting', their much anticipated first album, on vinyl and digital. Showcasing previously released tracks, San Pedro and Stranger Things, it fulfills the band's promise of creating music that married hypnotic beats, ambient, ghostly instrumental layers, and pristine alt-pop melodies, often recalling the glory days of trip-hop. The unpretentious Indi Force has a voice that veers between octaves and moods, channeling (at times) Bjork, and Elizabeth Fraser of Cocteau Twins to great effect, especially on the glorious I Will Be a Figure Eight. Created (according to the album liner notes) ‘between bedrooms and The Sitting Room in Lyttelton', it sounds like a big studio production, with fine performances and production that provides space and clarity, despite the multiple layers of sound. ‘Wasting' inspires a lot of adjectives; woozy, gorgeous, trippy, mesmerising come to mind qickly, but also accomplished, masterful and focused are just as applicable. 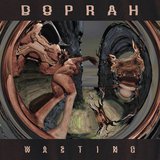