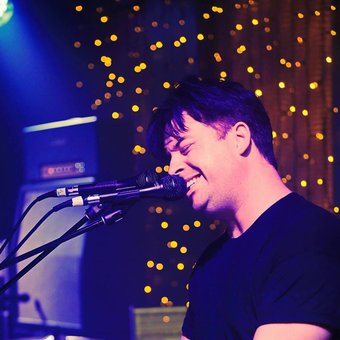 Based on the Sunshine Coast. Prolific composer and collaborator, Eden does some crazy stuff for a living. He finds himself in darkened theatres, boiling west Auckland warehouses, the NT desert 200km from anywhere with a mad Scotsman, restringing a guitar on the floor of a motel, hire vans, lighting trucks, ice skating rinks at dawn in Wellington, overheating vintage french cars in Noosa with impossible gear sticks, rehearsal rooms with actors acting out strange troll orgies, world class recording studios in LA, performing a triple pirouette in a ballet class, sometimes forgetting the words to his own songs, abandoned resorts in upstate NY, Bunnings just before closing, to get that PERFECT shot of someone shopping for door a door mat.
He wonders what is next.

Eden's mum Isabel wrote this bio for him. He thinks it's spot on really.

I often hang out with a stuffed bear called Bear, and Bear being a bear - my favourite animal of all time and one that is stuffed, is the best possible muse; he knows what it's like to hibernate and wake up starving. His edges depend on the pivots of hunger and sleep.

Most days I run up and down 208 meters' worth of stone steps on a giant volcanic dome of rock near my house, and the rock being nothing but an enormous rock is another great muse in my life: it knows what it's like to appear to have nothing on your mind - nothing at all - until lightning strikes and fire or rain takes place.

The last of my muses is a childhood dream, a repeat nightmare actually, about crossing the sea, from one headland to another, on an Indiana Jones type swing bridge that is falling apart. Far below I can see the circling shadows of waiting sharks. Those sharks are a muse in my creative life whether I like it or not: I can't go back even though the way forward is uncertain. 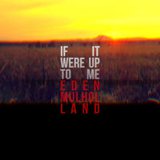 If It Were Up To Me (Single)