A prodigiously talented multi-instrumentalist, vocalist and producer, who remains resistant to any kind of easy pigeonholing, Kody Nielson may well have concocted the purest distillation of his hyperactive musical brain yet, in the shape of Silicon. Created in the small hours when the energy is strong, Silicon sends out pulses of warped, genuinely soulful, retro-futuristic electronica that smudges the lines between human warmth and disembodied voices from the machine.

The debut Silicon album ‘Personal Computer' was the winner of the 2016 Taite Music Prize. Personal Computer is a seductive electronica record that pits Nielson's brilliant soul, funk and disco influenced songwriting against a backdrop of extra-terrestrial noir sonics, calling to mind the varied likes of Flying Lotus, Panda Bear and Daft Punk in the process, as well as that of the project of Nielson's brother Ruban, Unknown Mortal Orchestra, with whom Kody co-wrote and co-produced the album ‘Multi-Love' and who was also his former band-mate in cult New Zealand punk group The Mint Chicks. 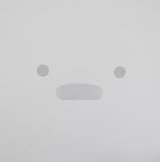