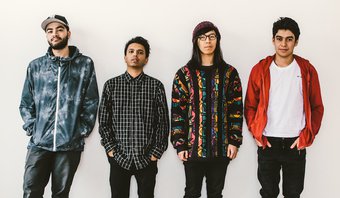 Formed out of the ashes from one of Auckland's most musically-creative hubs, Yoko-Zuna have quickly established themselves as one of the most exciting bands in NZ and a favourite on the festival circuit.

2017 has seen Yoko-Zuna perform sets across NZ's biggest festivals to huge audiences. The band are currently working on album number two, which is set to be released in early 2018, and will again showcase the growing abilities of one of NZ's finest musical talents.

With their combination of unique electronic/hip-hop compositions and a live show which is rarely bettered, Yoko-Zuna is an act with talent to burn. A collection of supremely talented musicians with years of experience in many different acts and jazz-school training, Yoko-Zuna are four of the scene's most talented musicians.

With the release of their debut album, This Place Here, in 2015, Yoko-Zuna announced themselves to the greater music scene with an album showcasing a sound which hasn't been previously seen in NZ - sub-electronic frequencies, melodic moments, and immense bass-synth-fuelled drops. The album combined Yoko-Zuna's unique instrumental sound with some of the country's most talented vocalists including David Dallas, Bailey Wiley and Team Dynamite.

Not willing to rest on their laurels, May 2016 saw Yoko-Zuna release the Luminols EP. Featuring some of NZ's biggest vocalists in P-Digsss, Laughton Kora & Tom Scott, along with the fresh talents of Lukan Raisey, HEAVY & Larzranda, the EP shows a band infusing electronic/hip-hop with their own inimitable sound.

Their second album, due early 2018, will again feature collaborations with a range of amazing vocalists, all the while showcasing the evolving style of Yoko-Zuna. 'Voltron' is the first taste, and showcases the more electronic side of the Yoko-Zuna sound. 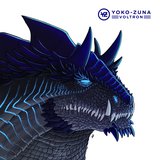