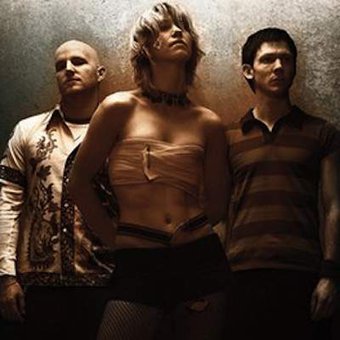 Minuit (min-wee), the Kiwi band with the French name, are jigglin' hips in Berlin and beyond.

Minuit releases their 4th studio album Last Night You Saw This Band. Having toured their synths and samplers from Hanoi to Helsinki on the live circuit for over a decade, this trio have crafted their own refreshingly different sound - it's not what you'd expect from an electronic act.

Smart and fresh, this album is more stripped-back than we're used to from Minuit, allowing crisp and percussive songs to shine through. Along with the mandatory lo-end, the album includes gypsy brass, rhythmic island beats, swampy slide guitar, and even some kids from an orphanage in Haiti.

The birth place for many of the songs was Rarotonga in the Cook Islands, close to their home country, New Zealand, as Ruth took a sabbatical in a scuba dive shop. If this sounds more like truancy than hardwork you may be right.

Title track Last Night You Saw this Band taps into those moments when friends remind you what life is all about - “you say that nothing matters, there's only grace and disgrace” - all to the background of a surprisingly, mariachi-style house party.

Islands references the Cook Islands, Kupe and the movie Marathon Man in a salute to adventure.

The brooding Ghost taunts: “You say stars align, ha! Can't you see these stars are blind”, while the luscious Good Ol' Days counters with bravery in the face of slim chance: “Who would have thought it'd be us two, who ended up scraping through”.

Warheads is classic Minuit, mixing sinister with salvation - “I think of you my darling, when the warheads start to fall”. 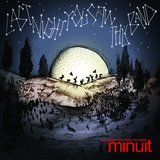 Last Night You Saw This Band

A much more stripped down outing than we're used to from Minuit, Last Night You Saw this Band, presents a range of stellar songs to shine through, crisp and percussive, a perfect summer album.