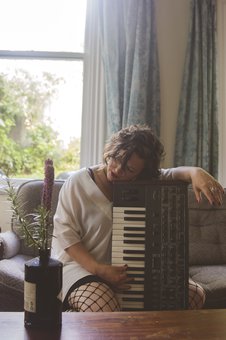 Nicole Andrews is a self-taught pianist and electronic artist whose emotionally charged music has been described as "Simple, stripped back, yet incredibly solid" by NZ Musician Magazine; and The Listener Magazine have said "for those who like their femininity fierce and fearless."

Originally from Portland Oregon, where she spent her formative years locked away in her room playing music and jotting down song lyrics; Nicole relocated to New Zealand in 2006 where she now lives and performs in Wellington.

In 2015 she self-produced and released her debut album, In the Shallows, a collection of 11 piano driven tracks recorded at the famed Surgery Studios in Wellington. The album went on to receive critical acclaim in New Zealand, but also gained interest internationally with reviews in Europe.

With the release of In the Shallows behind her, she began experimenting with electronic music and tapping into influences such as Bjork, Goldfrapp and Arca. Over a period of just three months Nicole wrote what would become her second album, A Stranger.

A Stranger diversifies from her previous ‘piano songs' moniker, instead establishing Nicole as a unique musician with a diverse range of skill. Paired with Rhombus' Thomas Voyce, who produced the album, Nicole's compositions centre around the Prophet 6 synthesizer and the raw confessional lyrical stylings Nicole is known for. The result is a gritty and dark album that reveals a new side of this singer-songwriter. 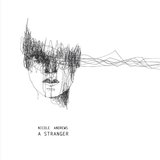 Nicole Andrews is a self-taught pianist and electronic artist from Portland Oregon, now based in New Zealand. Her sophomore album, A Stranger, it is a collection of 11 melancholic songs ...