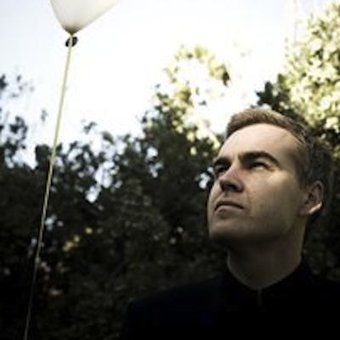 Sheehan's music has gained a substantial following here in New Zealand and overseas, reaching out to a diverse audience. Standing in Silence, his first full-length release in four years, represents a new musical bearing for Rhian Sheehan. His previous albums, 2001's Paradigm Shift (regarded as a landmark in New Zealand electronica) and 2004's Tiny Blue Biosphere (both released by LOOP Recordings), were acclaimed for their visionary blend of cerebral beats with sci-fi storylines and cosmic sensibilities. Yet these albums were conventional in comparison to Standing in Silence as Sheehan's latest work pushes into a new direction of organic, ambient and abstract sound. The sounds of cascading glockenspiels, plucked piano strings, wine glasses, playgrounds and airports are the substance of Standing in Silence.

Sheehan's work has featured on variety of international CD compilations, most notably the multi-platinum selling Cafe' del Mar series. His music has also appeared regularly on BBC television programming, including Top Gear, and has been used for a variety of TV commercials and movie trailers and short films worldwide. Sheehan recently composed the soundtrack for We are Astronomers, a full space dome film narrated by Dr Who's David Tennant, and commissioned by the UK's National Space Centre which is currently screening at Planetariums throughout the world. He also recently completed the score to The Cult, a 13 part prime-time TV drama series, and the Emmy Award winning series Reservoir Hill, and the score to the short film Day Trip.

His previous albums were conventional in comparison to Standing in Silence as Sheehan's latest work pushes into a new direction of organic, ambient and abstract sound. The sounds of cascading ...