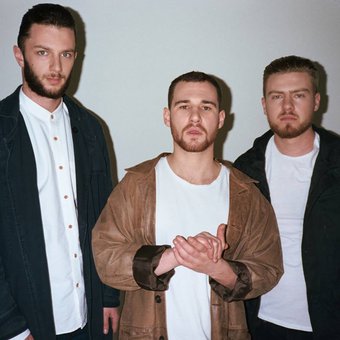 Alae is what you get when you mix multi-instrumentalists Alex Farrell-Davey and Allister Meffan; two old high school mates who are talented musicians in their own right. Add to the mix Jayden Lee on drums and a new inspiration is born. They are an emerging, local NZ band with a world class sound that needs to be experienced to be understood.
Coming together as a two piece in 2016, Alex and Allister delivered their intimate folk inspired sounds throughout the country including their first single All Gived Up which has amassed over 350k streams on Spotify. With solo gigs and nationwide support slots for Anna Coddington, Hollie Smith and a sell-out Auckland show with Boston's Lake Street Dive, Alae have made a strong impact in only a few short months. The pair self-funded their self-titled, 6 song debut EP which was recorded at Roundhead Studios and released in November 2016, along with 6 stunning music videos to accompany. The emotive duo then wrapped a stellar year with an entrancing mainstage set at the legendary NZ festival Rhythm & Vines on December 31st 2016. Continuing that momentum into 2017, Alae's debut EP was nominated for the Best Independent Release for the prestigious Taite Music Prize.
Not content with sitting on their laurels, Alae hit the road through February and March, taking their music throughout NZ and on to Melbourne and Sydney where they played across the ditch for the first time in celebration of the bands singles Things Change and From 1 to 3. Both singles gained significant air play on The Edge, Radio Hauraki, More FM, The Hits and ZM with the video play-listed on Edge TV and MTV NZ & AU. 2017 also saw the expansion of the band to include drummer Jayden Lee which has taken the band to another level and enabled a new fullness in their writing and performing sound.
The bands newest single Too Strung Up is to be released on November 10th 2017 and follows on from a successful New Zealand tour with sold out shows in Christchurch, Nelson and Auckland. The bands second trip to Australia wooed audiences and industry alike with a showcase at Brisbane's prestigious Big Sound Festival and Conference. Spot plays on radio stations Triple J, Double J and 4ZZZ have further bolstered Alae's infiltration into Australian ears.

Sharing their sound both at home and abroad is a priority for the three piece and the band plan to further extend their reach into local and offshore territories with the release of their debut album slated for March 2018. 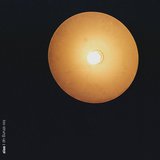 All Strung Up (Single)