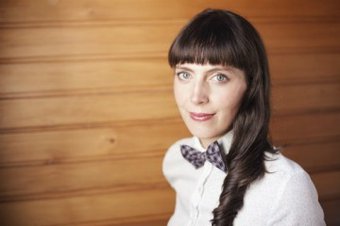 Amiria Grenell is the 4th and youngest of the innately musically talented Grenell tribe.

At the head of the table of musical chairs sits father, New Zealand country legend John Hore Grenell & with 3 older brothers Denver (formerly of Christchurch band ‘Mountains Of Murray'), Jazz & Hip Hop/Electronic guitarist and producer Oakley a.k.a. ‘O.G' and former Shapeshifter drummer Redford, it is fair to say that music runs in the family! With her captivating, honest & innocent charm, the beautiful young lady of the family, Amiria, more than holds her own.

After learning violin from a young age, Amiria was inspired by her older brothers and began playing the guitar at age 10, finding her own chords and performing her original songs at Folk Festival Blackboard Concerts. Her songwriting is refreshing and varied and ranges stylistically from contemporary folk to reggae, country to blues.

Amiria graduated from NASDA (National Academy of Singing and Dramatic Art) in 2004 with a Performing Arts Degree, followed by two years of acting, as well as singing at venues and festivals around New Zealand.

After full time parenting for two years, Amiria was ready to record a new album of original songs, most of which were recorded on the family farm, once home to the Whitecliffs Family Music Festivals for 14 years. The family links run thick throughout the album, with brothers Oakley producing and playing several instruments, Redford featuring on drums and guest vocals from her father, partner Tola and even 2 year old daughter Sienna.

This year the album won the 2012 RIANZ Vodafone NZ Music Awards Tui for Best Folk Album. She toured with FLY MY PRETTIES, sold out at the Christchurch Arts Festival, featured at Kaikoura Roots Festival, Luminate, Christchurch International Jazz Festival, wowed them at WOMAD 2012 and recently made TOP 10 in the Official NZ Music Chart.

If you feel cheated by a lacklustre performance from the NZ summer this year, slip Amiria Genell's new album Three Feathers into your disc player - a collection of sunny tunes encompassing country, rock, pop and reggae influences. In January, the Canterbury folk singer-songwriter, who has recently moved from Lyttelton to Wellington, was overjoyed to win the Best Folk Album Tui for Three Feathers, her second album. - North and South Magazine April 2012 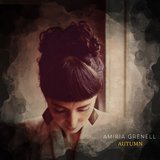