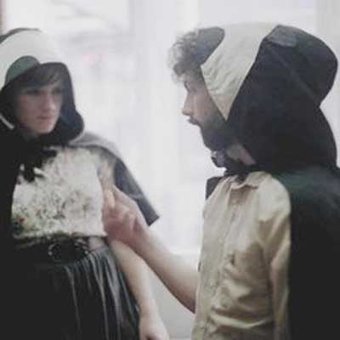 Auckland, New Zealand. Boy meets girl while working together at a record store. Trained pianist and singer Josie Tuck encourages journalism student Dan Trevarthen to chase his dreams of singing in a band, Dan introduces Josie to a world of music..

Trained pianist and singer Josie Tuck encourages journalism student Dan Trevarthen to chase his dreams of singing in a band, Dan introduces Josie to a world of music outside the top 40. Boy often hides around the store, only to leap out and give Josie a fright, delighting Dan and customers alike. Three years later the pair are fast friends. When Dan's panda obsession bursts into four chord pop music one day, Josie instinctively harmonises. They put songs on the internet. They are all about pandas.

Taking a name from the Chinese words for 'panda' ('Xiong Mao', or 'Bear Cat' in English) and while making noise alongside members of Cut Off Your Hands (French Kiss/Rough Trade) in serious-joke band Robot Tigers, Dan soon found his two piece pop band being asked to play actual real shows around the country, venturing as far South as chilly Dunedin (over 3/4 of the way to Antarctica!/home of iconic indie label Flying Nun) and back home opening the curtains for local Sub Pop graduates The Ruby Suns and touring acts like Andrew Bird and Half-handed Cloud.

After a brief, bizarre flirtation with mainstream recognition in 2009 (they were top five finalists in a nationwide MTV band competition), they eventually stood still long enough to finish an eight song record about the trials of a panda emigrating to New Zealand. The resulting record Xiong Mao betrayed a love for the three chord pop of the Ramones and owed a debt to lush girl group arrangements. Winning alternately glowing/bemused reviews from many a national publication they've become a cult band in a tiny country of three million people. Yeah, that record company advance isn't coming anytime soon.

Still, there are faint glimmers of recognition from afar. They managed to find their way onto Reverb's (The Denver Post's music blog) best of 2009 list when the paper's music editor stumbled across their album mid-travels, and they remain a firm favourite with panda lovers worldwide. Now working on a similarly dense record about the perils of true love (and other wild animals), Bear Cat are hoping to find their way to the US/Europe in the near future. 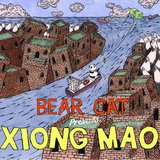 Xiong Mao, which literally means 'Bear Cat' in Chinese, features eight pop songs about pandas self‐produced and recorded with friend Dave Parker in their bedrooms. The album is best listened ...