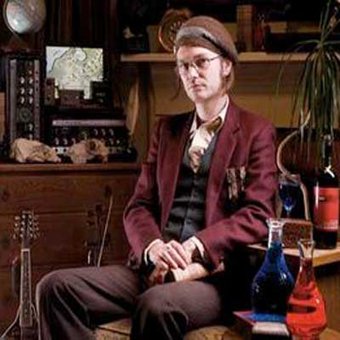 Bond Street Bridge is the solo project of multi-instrumentalist Sam Prebble. Sam has become a fixture of the Auckland alternative folk scene over the past few years, playing mandolin, fiddle and guitar with The Broken Heartbreakers, Reb Fountain's Bandits, and the Hannah Curwood Band, as well as appearing as a guest on a range of other projects. He has been playing various instruments for as long as he can remember, and one of his favorite hobbies is learning to play more of them.
In 2008, Bond Street Bridge released his debut album 'The Mapmakers' Art' on Monkey Records, and since then has toured extensively around New Zealand, Australia and Europe. The album and the live show have impressed audiences, promoters, and critics alike, with Phil Reed describing the album as 'one of the finest collections of homegrown music to cross this desk in a while' in Real Groove magazine. Graham Reid of elsewhere.co.nz  included it in his best of 2008 list.
The live set is a solo show in which Sam uses loop pedals and tape echoes to build up layers of guitar, violin, beats and vocals to produce a hypnotic, compelling and original sound. Audiences are drawn in to the strange world Bond Street Bridge conjures up with a combination of evocative lyrics and sonically lush instrumental arrangements. Songs about birds rub up against tales of adventure and loss, and covers of old folk songs nestle amongst rich soundscapes.
In 2010, Bond Street Bridge escaped the New Zealand winter and spent three months touring extensively through Europe and the UK.  Along the way he played several shows with labelmate Tim Guy, and spent three months as the stand-in violinist for Berlin-based NZ psychedelic ensemble An Emerald City.

Now that Sam is back in Auckland, he is working to complete his follow-up album, due out on Monkey Records in early 2011. 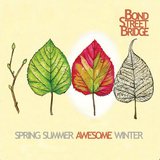 Crafting the record from the ground up, Prebble wrote the songs, played all the instruments, and engineered the recordings, involving other people only at the mixing and mastering stages.