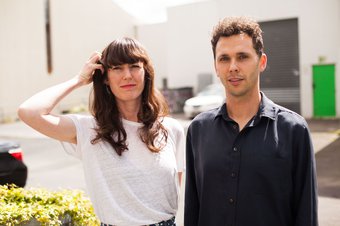 With songs that ponder the meaning of life, love, and our fleeting existence in this beautiful world, Paper Cranes 折り鶴 weave their stories into captivating and dynamic live performances, in songs that move between delicacy and abandon.

Husband-and-wife team Fraser and Naomi Browne are the driving force behind the group, and the music shows touches of their upbringing, a mixture of Japanese, Swedish and Australasia. They first met playing in various bands, and started writing together after becoming a couple. The band's music delves into themes of togetherness and relationships, the echoes that pull us together and send us apart.

Originally based in Auckland, and now in Tauranga, Paper Cranes 折り鶴 have performed regularly at festivals and have gone on four nationwide tours, along with other smaller tours.

Oh, Love!, their debut EP, was released on their website only in September 2012, along with the single ‘Little Darling', which received NZ On Air funding after the band topped The Audience chart in October 2012. The grant was used to record the song for their debut album along with a haunting video clip shot in the beautiful Crystal Palace Theatre in Auckland. Debut album The Road Home, which was released March 20, 2015, was warmly received and reached number 6 on the local New Zealand charts, and number 29 on the NZ General charts, and was nominated for the Taite award in 2016.

The band wrote their follow-up album Voices in Huia, near the beautifully scenic Waitakere Ranges in Auckland, and the port city of Tauranga. The new album was released on January 2019. It debuted at #1 on the IMNZ charts and #12 on the NZ artists NZ music charts, and the band went on a full tour in support of the album. 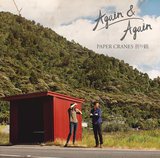