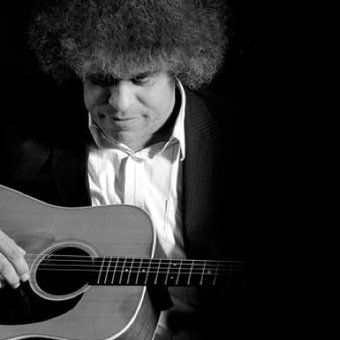 Born in London to a Yorkshire mother and a Nigerian father, Paul Ubana Jones was playing guitar by the age of 11, beginning a three decade career that would see him crossing continents and recording seven albums of mostly original songs.

After graduating from a London music college, where he studied guitar and cello, Paul began to forge the solo acoustic style that he has stuck to and developed over the years. In the late seventies, Paul based himself in Provence, Southern France, and toured all over Europe and North Africa, as well as venturing extensively into Canada and the US.

In the late eighties Paul and his family moved to New Zealand, which is still their permanent home. He has continued to perform internationally, to growing acclaim. Concert performances include opening for the likes of Bob Dylan, Patti Smith and touring with: Taj Mahal, Keb Mo', Tuck and Patti, Crowded House and Norah Jones.

Paul continues to perform regularly in New Zealand and is well known to audiences on both it's islands.

"Paul Ubana Jones' ... soulful voice, sprightly guitar agility and enthusiasm made this the most inspired performance of the evening ... In any other country he would be a national institution!" - Simon Sweetman

" Opening act Paul Ubana Jones earned his own standing ovation with his utterly distinctive guitar.I can only describe it as part Ritchie Havens part Andre Segovia and part Ravi Shankir.That's right he closed his set with a raging Indian Raga that was as dazzling in technique as it was inventive in composition.".........Jim Kerschner.reviewing Paul Ubana Jones and Taj Mahal. Washington /Seattle

" Trying to describe just how good Paul Ubana Jones is,is like trying to define why the Mona Lisa is the most famous painting in the world- words pail in comparison...Evening Post. Welington 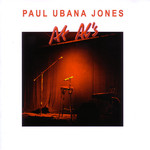