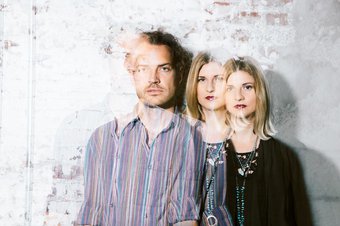 Tattletale Saints have built their career on exploring new territory.

Formed in New Zealand and currently based in Nashville, the duo takes a unique approach to Americana music, rolling jazz influences, coed harmonies, upright bass, and electric guitar into a sound that's as wide-ranging as the band's own travel schedule. With their self-titled sophomore album, Tattletale Saints push that sound into new directions, adding full-band arrangements and sharp, observational storytelling to the mix.

Bandmates Cy Winstanley and Vanessa McGowan began performing together years ago in a New Zealand-based jazz ensemble before relocating to London, where they experimented with country music as one half of the four-piece Her Make Believe Band. Drawn to Nashville's creative community, the two eventually headed to Nashville in January 2013 to record their first record as a proper duo, teaming up with Grammy-winning producer Tim O'Brien along the way. That album, How Red is the Blood, became a launching pad for Tattletale Saints, earning them an audience on both sides of the Pacific Ocean while also winning the New Zealand Music Award for Folk Album of the Year in 2014.

Now living full-time in Nashville, Tattletale Saints expand their sound with Tattletale Saints, a self-titled album of forward-thinking roots music. Produced by Josh Kaler (Matthew Perryman Jones, Dar Williams, Heather Nova), the album finds frontman Winstanley embracing his role as a storyteller, penning slice-of-life songs about the light and dark shades of love and heartbreak; folk tales of murder and atonement; and musings on aging rock stars. He plays more electric guitar this time around, too, drawing a line of evolution between the acoustic-based How Red is the Blood and the band's new material. Meanwhile, McGowan's upright bass helps root the band in the Americana tradition, holding down a foundation for Tattletale Saints' ever-evolving sound.

With Winstanley and McGowan also performing as sidemen alongside other Nashville-based songwriters like Aubrie Sellers, Andrew Combs, Kelsey Waldon, Erin Rae and Michaela Anne, the duo's new album brims with the band's best playing to date. More than anything, though, the self-titled Tattletale Saints shines a light on a band that's spent years on the move, chasing down new songs, new sounds, and new inspirations along the way. This is just another stop on the journey. 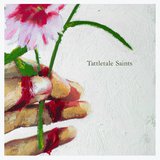