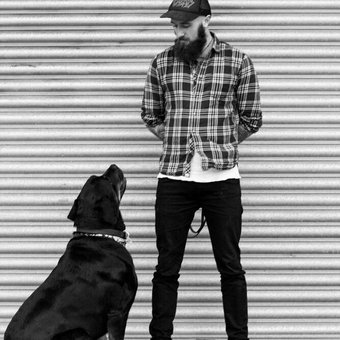 Hailing from Auckland, New Zealand, Will Wood is the kind of jack-of-all-trades that is difficult to pin down under one category. After being raised playing classical music, that was quickly put aside after high school and Will spent his late teens and early twenties drumming in country and punk bands in the local alternative scene whilst finishing a degree in psychology and working as a psychiatric nurse. In 2014 he stepped out from behind the drums and recorded his first solo record at Lyttelton's notorious studio The Sitting Room (which in recent years has turned out acclaimed albums by Tami Neilson, Marlon Williams, Aldous Harding, The Eastern and Delaney Davidson to name a few) which was released in September 2014 on Lyttelton Records.

Since the release of his debut LP 'Broken Man' Will has kept up a constant busy touring schedule playing across New Zealand, Australia and Europe and has also recorded a sophomore LP to be released in early 2016. His songwriting is noted for its country/folk aspect that draws from a wide timeline of influences who exuded the same forthright attitudes and story-telling songs, ranging from the original folk troubadour/activist Woody Guthrie through to early Johnny Cash and onwards through Townes Van Zandt and Gram Parsons and more recent influences like Billy Bragg and Justin Townes Earle. Will's adherence to the values of minstrels like Woody Guthrie has seen him adopt a willingness to play anywhere at any time, in addition to touring with large acts and playing festivals and concert venues he is just as at home playing in living rooms and basements and busking on street corners all over the world, there is even video footage of a midnight performance in the middle of a carriage on the London Tube (https://www.youtube.com/watch?v=6ekbFtVoGps). He has played support for acts like Shakey Graves (USA), Frank Turner (UK), The Handsome Family (USA) and Mick Harvey (producer/member of Nick Cave and The Bad Seeds). 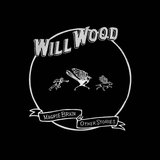 Magpie Brain and Other Stories