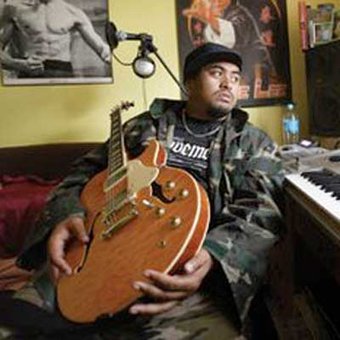 John Chong Nee is one of New Zealand's most in demand Hip Hop & RnB producers a multi-instrumentalist and solo artist in his own right.

With production credits over the years with artists such as Che Fu, Dei Hamo [with whom he co-wrote NZ's biggest selling single of 2004 We Gon Ride], Dave Dobbyn, AKA Brown, Deceptikonz and Ben Lummis to name a few. Chong Nee has produced so many #1 hits for other people that its only natural for him to now step out into the limelight with the next level of NZ produced hip hop and soul influenced RnB.

Johns first track Thin Line has rocketed up the Medianstrip NZ charts thanks to inclusion on the Indie hit disk, peaked at #9 and has been in the Medianstrip NZ top 20 for 2 months and #2 on the Urban charts and received a significant airplay grant. The video for Thin Line - directed by Sophie Findlay [Savage, Swing, Adeaze etc] is also currently doing the rounds on music television.

The Second single Scenarios is released to radio late October backed up by the Martha Jefferies directed video. Look out soon also for the physical single with remixes and some tracks from other new artists being developed by our production team.

His recent selection as support for RnB legends Boyz II Men resulted in a huge response from the audience and industry and is beginning of what is to big a busy upcoming touring schedule about the country.

Chong Nee's album is currently in production up @ Kog Studios where he is working with Chris Chetland and Dave Baxter and a host of local music talent. Scheduled for release next year it will deliver what is sure to be a defining moment in New Zealand RnB music and production.

One of New Zealand's most in demand Hip Hop &amp; RnB producers and multi-instrumentalists, John Chong Nee releases his second album Chong Nee &amp; Friends, and as the title suggests ...