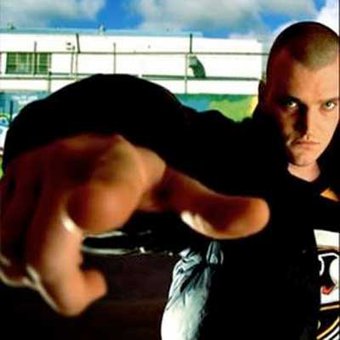 Featuring NZs most recent streak of hard hitting MCs Mareko, Red Eye Society, Ethical and Louie Knuxx, singstar Maia Rata, long time Breakin Wreckwordz affiliates Tyna & JB and resident Tyson Tyler, it also includes production from their own enigmatic Exile and dynamite efforts from Nate D, 44, Shadow Squad and new comer Tommy Harmonik - this album will expose what New Zealand has been lacking since everybody decided they could rap. In case you forgot what it was like to listen to an MC with both strength and integrity; in case you forgot how to identify honesty.

Although his album was tipped to change the scene since people first heard of Insomniacs in 2001, Cyphanetik instead oversaw the release of three critically acclaimed albums, and these five years of industry experience have taught, honed and outfitted him. Even the guarded listener will hear of these hardest lessons, without the bitterness - this album will leave nothing to the imagination. Cyphanetik takes us on his personal illiad with a ballsy attitude (not the kind emo children want to hear about) and distinctly superior gait. 'Testing the Waters' shows a man clearly not afraid to speak the unbias truth, on the first single 'Blaze Em' he talks about his three favourite pastimes, in 'Rollin with Punches' (a guaranteed anthem), he depicts his own attitude and mind state when things don't go as planned . 'Ain't Watching' and 'Leave Me Alone' tell the story of Jared Abbott, the man behind the music, and 'Without You' his version of a love song -a pretty portrayal of his humour. A quirky, captivating character, the sort legends are made of.

Cyphanetik's involvement in the hip-hop scene here stems from his choice to attempt the independent wilderness early in his career. Keen eyes roving, he gathered the most cherished around him to establish a label now understood to be the best at what they do, respected by parts of the industry that has never before seen eye to eye, from whence come the best, to which go the best. His topical genius has him recognized in the most talented battle circles and representing NZ in the trans-tasman battles has him well known over there as well. Hes also one of the most energetic performers in the game, and has been the choice for support of Dizzee Rascal, Busta Rhymes, Atmosphere & Brother Ali, Sage Francis and others. Breakin Wreckwordz recent expansion into the Australian market has his music set to take not only New Zealand but the world by storm.

Tell Raekwon he can take the day off! 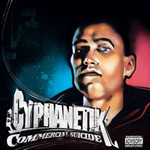 The debut album from Cyphanetik finally arrives and it's been worth the wait! Fifteen tracks featuring Mareko, Louie Knuxx, RES and Usual Suspects. All tracks were recorded and mixed by ...