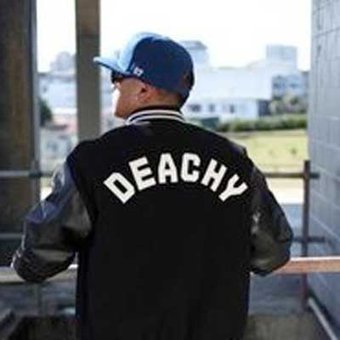 Deach – one third of the chart-topping, record-breaking group Smashproof, embarks on a solo career with his debut E.P titled 'Vision'.

'Vision' – a collection of 8 themed tracks that highlight not only the rappers introspective maturity, but also Deach's mastery of flow and unique delivery.

"[Smashproof] was a big learning experience for me" He explains life as an artist on the heels of being a member of the most successful hip hop group in New Zealand history. "It taught me that R&B [currently] isn't really working [like it used to] and it helped me write better [as an MC] so when you hear 'Vision' you'll hear that it's not rushed, I actually sat there and [realized] it's a whole different ball game now. I can't have Sid and Ty carry me this time – I had to step up my game."

Consisting of thought out meaningful songs, with 'Vision' Deach touches on subjects ranging from infidelity ('Tears'), to immigrant struggles ('Never Knew'), his own struggle of beginning a career as a solo artist ('Make It On My Own') while 'Visions' lead single 'Till I Say So' is an energetic head-nod anthem that features the Smashproof sniper stepping out on his own and solidifying his MC status. "I didn't want to go 'poppy' [for the single]. – I twisted up the flow, and it's raw."

'Vision' is a project that captures Deach in his prime. Produced entirely by MTC mainstays Twice As Nice, whom Deach maintains pushed him in a new and often challenging direction for this project. "They and Kirk [of MTC] got the character out of me – All these years of rapping and doing R&B, working with them made me realize I'm a better writer than [I thought I was]" He admits "When I was in the studio with them they actually gave me a beat [at a time] like 'Deach, here's a beat, I want you to work on it [and] that was a good challenge for me because every song that's on the E.P was a challenge."

Deach, known as 'The Sniper', took the challenge bestowed upon him, ran with it, and delivered another chapter in the Smashproof legacy, and another notch in the MTC belt. 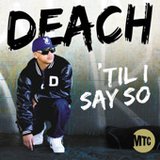