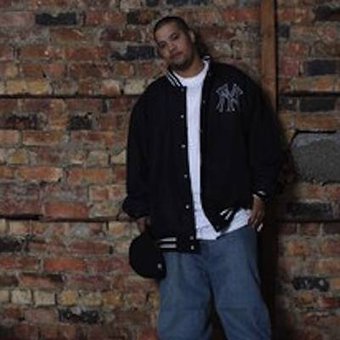 In a world where hip-hop is perceived and pigeonholed by categories and stereotypes, one man dares to shatter the restraints of any box the world tries to put him in.

Described as “honest”, “real” and “straight up”, Ash Hughes AKA Ethical chose this MC name to reflect his personality and the beliefs and values he holds dear. A Taranaki Young Achievers Award Winner (for his success in hip-hop).

His humble approach to his music is reminiscent of his general demeano. A socially conscious MC who has never been scared to speak on injustice, he has a keen interest in helping the youth and believes music can touch everyone.

Ethical’s hip-hop resume includes many a highlight including accolades on the battle circuit – he was a Taranaki champ - as well as live performances as a support for various big names such as Dizzee Rascal, Sage Francis, De La Soul, Mobb Deep, Ying Yang Twins and Busta Rhymes – just to name a few. Not to mention a whirlwind tour of Asia with the legendary Grandmaster Roc Raida in February and March of 2007.

His Album Age’s Turn features a host of verbal-napalm tracks weaving in and out of sonic beds laid down by producers Cochise, Emile, Shuko, FBI, Juse, Unknown and his longstanding production partner, Des Davis. Ethical describes his E.P and subsequent album as “a great mash up of who I am. The beats are eclectic, and how I pictured my album beats would be, and the rhymes are me”.

A dictionary defines ‘Ethical’ as, “pertaining to, or dealing with morals or the principles of morality; pertaining to right and wrong in conduct.” It is to this definition that Ash ‘Ethical’ Hughes has adapted his career, using his name as his mantra for success as he strives towards the age-old desire to ‘keep it real’. 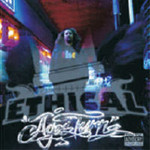 Age's Turn features a host of verbal-napalm tracks weaving in and out of sonic beds laid down by producers Cochise, Emile, Shuko, FBI, Juse, Unknown and his longstanding production partner, ...