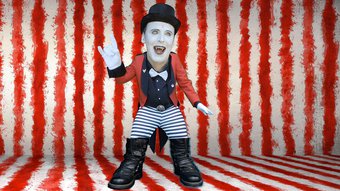 "Most Hip-Hop artists seem to want to take you on the same journey with their music. That's usually a trip through the hood they grew up in. It's like the hoods getting over crowded with rapper tour guides. I might take you to the hood for a quick look around, but only on route to the carnival"

JCK is a multi instrumentalist as well as a rapper and singer. He produces his own music and even films, directs and edits his own music videos. "I use lots of vampiric imagery in my music videos and art work. The Vampire is trapped between worlds. He walks in the world of the living and the world of the dead. But he doesn't belong to either. I feel like that with the worlds of music. I walk between Hip-Hop culture, Rock culture and Pop culture but I don't really quite fit in any of them."

JCK has a unique approach to rap and his strong New Zealand accent gives his music and sound a whole new dimension. Similar to what you would find in the evolution of U.K grime music. If you were going to compare his sound he would be somewhere between Eminem, Everlast, Die Antwoord and Dizzee Rascal. His songs range from synth heavy and danceable club bangers to organic sounding rap ballads that are stripped back to drums acoustic guitar and harmonica.

"Like most Kiwis I've been totally brainwashed by American culture my whole life. But I try to keep my sound kiwi and all that takes is me being myself. Other than that I've never wanted to keep it real. I spend most my time trying to escape reality. Reality is where the pain and boredom and monotony of everyday life resides. My art in many ways is a complete break from reality"

So If you're tired of the same box ticking industry Hip-Hop clones that seem to be endlessly paraded through the media, JCK offers an alternative.

JCK formed in music school in 2002 as JCK and the dirty ho bags. Back then It was James Castady-Kristament as MC and 3 female back up singer and dancers.They played a live performance on Maori TV and James won scholastic awards for Songwriting and Production that year. That incarnation didn't last long but one of the singers Lou Ludbrook would go on to be the second member of JCK in its second incarnation as a boy/girl duo. The two musos worked hard writing recording and playing shows around Auckland city which eventually payed off. In 2004 they caught the attention of respected Indie label Pagan/Antenna records and scored a record deal. Soon after, they were successful in receiving funding from New Zealand On Air and recorded their debut single Freak in the club with an accompanying music video, Freak in the club was a Hip-Hop single that took the nation by storm and played on all of New Zealand's music television shows for a good part of a year. The single was play listed on radio station Flava and JCK were invited to play to a select audience on the roof top.
The harsh musical climate of the time and the decline world wide of album sales saw their record label cease activity after 20 years. Undetered JCK went on to release the 5 year anniversary album independently with the album being chosen as Kiwi fm album of the week. Their self funded music video and single Spirit X was the second single off of the album making it to NZ television music station Juice TV and receiving over 10,000 downloads on USA website www.garageband.com. Their song Hollow Soul off of the same album also charted at number 5 on the U.K's KIAC Independent Music Charts Big 100,000 in the Dance category and attracted tens of thousands of listeners. They also had 2 singles make it to the Kiwi Hit Disk from the album. Their single Truly Mine and the ever popular Freak In The Club.

In 2010 song writer MC and producer James Castady-Kristament went solo losing the female vocals of Lou Ludbrook and bringing the male vocals to the forefront. In April 2011 JCK's music video for his single Cars And Money was play listed on C4's Homegrown and received thousands of youtube views. That year he also teamed up with The Robba to collaborate on a song called Swearwords which attracted over 70,000 youtube views. JCK and The Robba released a single in 2007 called Like A Virus with a home made music video. The video got play listed on Alt TV and JCK and The Robba toured New Zealand on the Odd Get Even tour.

In 2012 JCK released the full length album titled The Bees which got him noticed by Urban/pop label Empire Records. James signed a deal with Empire in August 2012. Also that same year JCK was privileged to be involved with being the rapping voice for Benvolio in the musical movie remake of Romeo and Juliet. Romeo & Juliet A Love Song.

In 2013 JCK released The Vampire Trilogy of singles and music videos through Empire Records. With a new image and fantastic visual aesthetics. JCK's single Stroke The Cat was play listed on C4 and his single Straitjacket received thousands of youtube views. These were the first videos to introduce the character and JCK mascot. Jumpygeusse, a top hat and coat tails wearing, black lipped and white faced Ghoul. JCK's third full length album titled The Land Of The Wrong White Crowd will be coming out in 2015. Rumour has it it's got a slew of fantastic music videos already filmed, filled with vampires , strange ape creatures and steampunk characters and of course the return of Jumpygeusse. 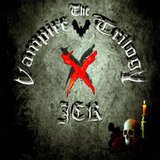