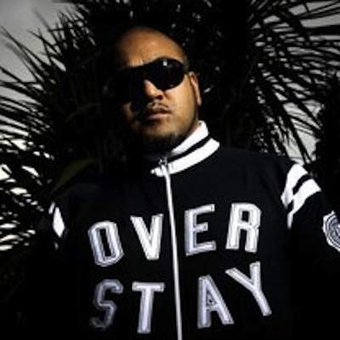 Samoan artist King Kapisi aka Bill Urale was the first Polynesian hip-hop artist to receive the prestigious APRA Silver Scroll Award for Songwriter of the Year for his single Reverse Resistance in 1999.

King Kapisi has released three albums, Savage Thoughts (2000) and 2nd Round Testament (2003) and Dominant Species (2005) they were released in Australia with local sales hitting the gold status mark.

The award-winning artist was nominated for 13 awards at the 2001 New Zealand B.Net Awards and took home seven of the prizes including Album of the Year, Song of the Year and Best Music Video. His visually striking music videos, some of which have been directed by him, have also won numerous awards including Flying Fish Music Video Awards, Mai Time TVNZ and Juice TV.

King Kapisi has performed and gigged at almost every major music festival and event in New Zealand as well as tours to Australia, Japan, Fiji, Hawai'i, Tonga, Samoa and in the past two years touring extensively in Canada, Germany, Ireland, England, Norway and the USA.

In 2002, Kapisi started his own clothing label, Overstayer Clothing. In 2003 and 2004 he was awarded the Westfield Style Pasifika Designer Award giving Overstayer the opportunity to participate in the coveted 2003 L'Oreal and the 2004 Air New Zealand fashion weeks. Overstayer Clothing was the first local urban street label to be made available in Farmers Trading Stores nationwide.

In 2003, TRADENZ and NZMIC invited King Kapisi to represent New Zealand at the Central Park, NYC birthday celebrations. Promoters were impressed with his Central Park performance that he was invited to play at the first old school hip-hop reunion in Crotona Park, South Bronx. He played alongside legends such as The Furious Five, Cold Crush Brothers, Jazzy Jay and The Rocksteady Crew. Kapisi was also given the opportunity to record a track with the legendary Kay Gee from the Cold Crush Brothers. The European leg of his 2003 overseas trip saw him perform a showcase at the international music conference POPKOMM in Cologne Germany. He also spent time in Kaiserslaughter, Germany recording with Germany based American producer, Smitty K.

In 2004, Kapisi was invited by the German government as part of it's new initiative scheme to promote cultural exchanges between New Zealand and Germany. Having supported German rap star MC Klueso in a New Zealand tour, Kapisi headed back to Germany to attend the POPKOMM music conference for a second time with Goethe Institute playing host. Kapisi had the opportunity to record two tracks with German music producers Trickski and Slope from the Sonar Kollectiv record company. Kapisi also produced tracks for various local hip-hop artists in Berlin, Amsterdam, Dublin, Toronto and Sydney. In August 2004, Harbourfront Corporation in Toronto, Canada invited Kapisi to attend its annual indigenous music and arts festival Planet IndigenUS. Kapisi produced a track with local indigenous rap artists Slangblossom.

A second trip to Europe was made possible in 2005 through a collaboration with legendary kiwi artist/composer Chris Thompson (now based in the USA) where Kapisi wrote three tracks for his 2005 album release, Discovery. Chris Thompson's album was released in Europe followed by a performance at the Bergen Blues Festival in Norway. Kapisi extended his trip from Bergen to explore markets in Holland, England and Ireland.

Kapisi continued to travel throughout New Zealand and Australia working on various projects with consistent market exploration trips throughout 2006 and 2007 to Los Angeles, New York and Jamaica.

In 2008, projects were sparked between Philadelphia based producer King Britt and UK/Jamaica based spoken word poet Yasus Afari.

This year sees Kapisi completing work on a project in collaboration with Adidas (international) and the New Zealand All Blacks rugby team, creating music for the worldwide rugby campaign and released online.

Throughout 2009 King Kapisi is working on his reggae album ‘Majestic Riddims' under the name ‘Mr Majesty', as well as producing the debut album of 20 year hip-hop veteran Teremoana Rapley and his own fourth album release Hip-Hop Lives Here due for world-wide release September 2009. 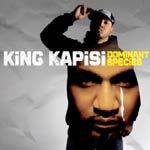 His first album, 'Savage Thoughts' was the first NZ hip-hop album to go Gold He was the first Polynesian hip-hop artist to receive the APRA Silver Scroll (for 'Reverse Resistance') ...