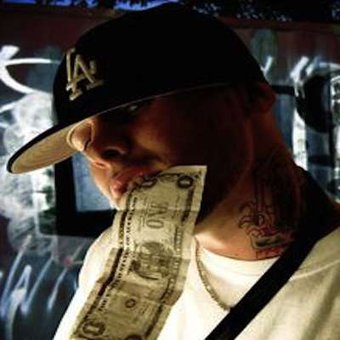 Todd Williams aka Louie Knuxx has been involved in the hip hop scene for a long time.

His nascent solo calling has him recording with the best and he's already featured on top New Zealand releases as well as releasing new solo album Wasted Youth - this is a formidable career in the making.

Louie's unique (grimey) voice is his biggest distinction, and his style combines this with a slick and rhythmic flow, creating a sound so unique we have issues quantifying it. He also holds precious membership to legendary hiphop crew Insomniacs and is one of the Wreck's rising stars.

Louie's fierce love of hip hop stems from the age of four when his mother bought him a rap record to b boy to. Through his turbulent childhood he turned often to music, living his own form of break and wreck and joining in crew cyphers from the tender age of 16.

His first membership was with Another Liquid Crew (ALC) in New Plymouth and from it's humble beginnings he grew to become a founding member of Dirtbag District (DBD) at the age of 20 with BWW crewmate MC Ethical and other old time MCs such as Hegz and Fact. After a year with DBD, the two of them decided their skills deserved more consideration than New Plymouth could provide and moved up to Auckland together. Louie's entrance to Breakin Wreck appeared as two of his most respected MC's asked him to be part of their crew. "I was humbled" he says, "to be put on by two emcees I deeply respected".

He joined Insomniacs in 2004. Originally known as Louie Cypher, he changed to the name Muse in 2004 but is now officially (and permanently, he's promised) known as Louie Knuxx. Earlier in his career a crewmate had dubbed him "knuckles" for his "unique" attitude to controversy, having repeatedly spent precious time locked up for fighting. "I'm chilled as now, but I've been through a lot, and people relate to that, if youve never been through some shit I'll have trouble relating to you and vise versa", he explains.

Its this experience that resonates through his music with distinct and personal expression. Louie's rogue eloquence is not to be missed! One of NZ's best MC's, his time to shine is now with new debut album Wasted Youth upon us. 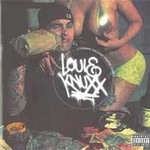 I'm one drink from jail". This line from Louie Knuxx perfectly sums up the dichotomy of an artist whose music and life balances precariously between ignorance and introspection. His latest ...