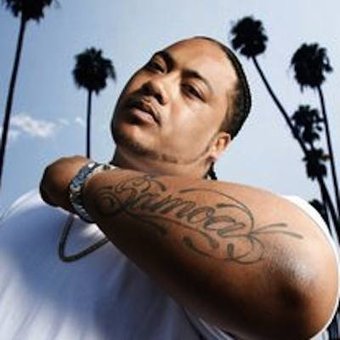 Savage has sold over Two Million records in the US

With his American Debut Savage Island being released late 2011. New Zealand’s reining hip hop king also picked up his award at the Vodofone New Zealand Music Awards in the same year. The Samoan-born star came away with his first Tui, thanks to “Swing’s” massive success in the U.S.

Groomed as New Zealand/Australia’s #1 selling Hip Hop artist by native indie label Dawn Raid Records, Savage has gained unprecedented traction in the U.S., inking his deal with Universal Republic Records and continuing the grassroots ascension by winning over both hip hop and mainstream audiences. Already a Platinum and multi award winning artist Down Under, the bombastic MC made his presence known even prior to his U.S. radio debut, leaping from 77 to 17 in one day on the influential iTunes Hip Hop chart. Savage soared to the upper tier of the iTunes (all the way to 6) and Rhythm Crossover elite (was 1 most added) on the back of his infectious remix with energetic hip hop stylist Soulja Boy. Savage also wooed fans by conducting a popular online contest where fans got to choose who he should collaborate with on the remix, with the club-savvy Soulja Boy getting the final nod. Miami ‘Crunk’ aficionado Pit Bull has lent his touch to an additional remix of “Swing.”

A global 1 smash a few years back, “Moonshine,” was the first release to feature Akon on a worldwide hit. Savage’s reputation as Kiwi rap and club king (the song topped New Zealand’s club and radio charts for almost 2 months) made him an in-demand guest-artist on several U.S. artists’ single offerings. Savage has lent his signature touch to other remixes that made a splash in the U.S. including Akon’s colossal hit “Locked Up,” and David Banner’s “Ain’t Got Nothing.”

The Samoan star, who hails from South Auckland, (the largest Polynesian city in the world) began to garner cult-hit status as “Swing” won over music and movie fans thanks to its placement in the pivotal bar scene in the hit 2007 movie ‘Knocked Up.’ The song is so popular it will be part of the next NOW release, NOW 29.

Savage powers a popular MySpace site which has also passed the three million views milestone and is cited as one of the few hip hop exports whose original style and quirky Kiwi roots have resonated with U.S. hip hop fans.

Savages' second album and the first to be released in the US on the back of the phenomonal single, Swing, which is included here on Savage Island. In America, the ...