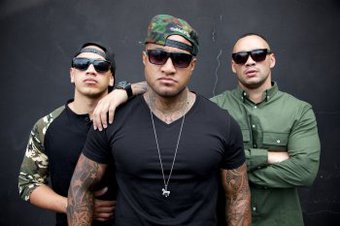 Forming like a Hip Hop Voltron, Smashproof comprise of the smooth Tyree, the street-smart Young Sid, and the suave Deach. They have arisen from the rugged streets of South Auckland to conquer the Hip Hop world.

Flanking listeners with critically acclaimed solo albums from Tyree ("Now or Never") and Young Sid ("The Truth"), as well as collaborative contributions to Juse's "Global Casino" (on the hit single "Ride Till I Die") as well as MTC's "Speed of Sound" mix CD series, and their initial "Tales From The Southside" mix CD hosted by Akon, and comprised of remixes Tyree completed for NYC based labels SRC and Ruff Ryders, Smashproof have created a catalogue of tracks to cater to all within the Hip Hop spectrum, initiating a cult following from the streets to the penthouses.

Smashproof have been preparing for an all out assault on the industry for 2010, a massacre of any and all competition is guaranteed!!!

Featuring an all star line up from New Zealand, Australia and the U.S, Smashproof have been covering all bases, locking themselves in the studio and churning out tracks.

An equally astounding production cast provides the canvases for the multi-faceted crew to lay their verbal brushstrokes creating masterpieces similar to an acoustic Mona Lisa.Smashproof will redefine what it means to be a triple threat! 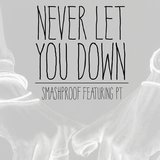 Never Let you Down feat. PT

The song is a classic Smashproof anthem that showcases their respective talents and styles, touching on topics that are real and relevant...