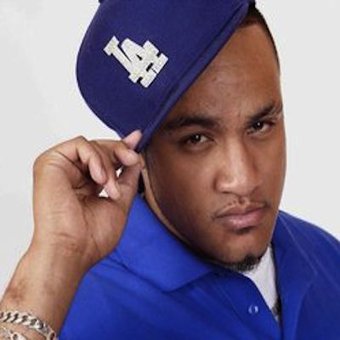 Already causing a stir on both sides of the Tasman, Move The Crowd Records is proud to introduce Tyree, the next step in the ever evolving story of NZ hip-hop.

Boasting street wisdom and lyrical skills beyond his 21 years of age, he is an artist already accustomed to life in the fast lane with distribution secured for his debut album in NZ and Australia by Universal Music.

In little more than a year the Papatoetoe native of Niuean descent, and his Smashproof crew, have queue-jumped the rabble and forced their way to the top of the hip-hop heap.

The last 12 months for me have been crazy, a lot has happened. I have been living every musician or rappers dream. Ive done two video-clips, two Smashproof mix tapes, the skeleton of the Smashproof album and been to New York to mix and master my own album. Its been hard work, but its what I love doing... so I aint complaining.

Like all overnight success stories the reality is that its taken some serious grind as well as the odd break or two for Tyree to reach these heights. The astonishing rise from televised talent contest winner to dealing with his music in NYC, the home of the culture, has been helped by veteran hip-hop producer Juse. Recognising his talent after copping his Friday Night video on Maori TV, Juse linked up and set about recording demos with Tyree, and developing his prodigious talents as a premium grade rapper, songwriter, singer, musician and beatmaker. Subsequently on a visit to the UK and US to record vocals for his Global Casino album (In stores now, also featuring Tyree & Smashproof) Juse took the opportunity to play the demos to NYC Music Executive Kirk Harding, who was uncharacteristically taken by them. Within a week the pair had planned a record label - Move The Crowd Records - with Tyree as the first signing and Smashproof (who are already garnering substantial international interest in their forthcoming debut) swiftly following in his footsteps.

Before even having a full release to his name Tyree has been able to adjust his outlook and raise his standards, by getting to see hip-hop at its true roots, and bringing the experience back to his own South Auckland reality.

"Personally, I think that the way that NZ pops off and the way that U.S.A. pops off is the same, just on a lower level. I admit that the US is way more intense but only because its a bigger country, and hip hop over there is a culture rather than just music. I see NZ & Australia heading in that same direction.

As a solo artist as well as a member of Smashproof (alongside Young Sid and Deach) there is no doubt about his ambition and drive, as was witnessed during his severely scrutinised, standout performance at the 2006 Big Day Out.

Most importantly, I want to make music that gets people bouncing, at the same time being real and spitting the truth. I strive to be as real as I can. I just want to go Platinum in NZ and Oz and then look at the UK - ultimately I want to bring better days for my people.

2006 is going to be Tyrees year. His solo album Now or Never is due for release late July 2006 and features internationalcollaborations with Kardinal Offishall, Majic Massey, Black Rob and Flashy plus Move The Crowds latest local signing Ethical, as well as beats from Emile (Terror Squad, G-Unit, Remy Ma, Obie Trice) FBI (David Banner, Nelly) and Reality. The album has been mixed in New York by Cochise (Remy Ma, Beatnuts) and mastered at the world famous Sterling Sound.

Move The Crowd Records / Universal Music New Zealand are proud to announce the local release of Now Or Never, the startling debut from Tyree, the newest member of New ...