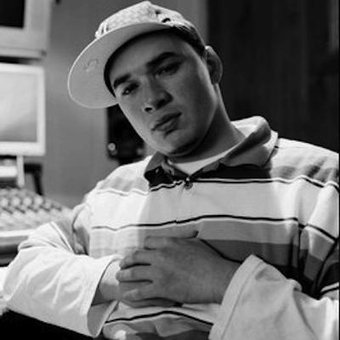 The last three years have been a blur for Young Sid

The respected South Auckland M.C. hasn’t stopped working since the 2007 release of his acclaimed debut, The Truth. Now, after scaling new heights as part of chart-topping crew Smashproof, Sid is back with his second solo album, What Doesn't Kill Me – a release which will solidify his status as the voice of his generation.

Sid’s whirlwind journey began in 2006, when he travelled to New York City to record The Truth – an honest, hard-hitting album that earned him a reputation as one of New Zealand’s best M.C.s. The Truth was a hit with fans and critics alike, winning ‘Māori Urban Album of the Year’ at the Māori Music Awards and being nominated as ‘Hip Hop Album of the Year’ at the New Zealand Music Awards in 2008.

The buzz surrounding Sid grew even stronger in 2009, following a record-breaking run as one third of Smashproof, alongside fellow M.C.s Tyree and Deach. Smashproof’s debut single ‘Brother’ was a sensation, achieving double Platinum sales and spending an unprecedented 11 consecutive weeks on top of New Zealand singles charts – the most ever by a New Zealand act.

‘Brother’ paved the way for Smashproof’s first album, The Weekend to achieve Gold sales after debuting at 3 on the New Zealand Album chart, while follow-up singles ‘It’s Friday’ and ‘Ordinary Life’ both cracked the Top 20. Smashproof was nominated for six New Zealand Music Awards in 2009, eventually walking away with the awards for Most Singles Sold, Best Music Video, and the coveted Peoples’ Choice Award.

With Smashproof claiming their rightful place in the record books, Young Sid is now turning his attention to his new solo album, What Doesn't Kill Me. After warming up with a blazing mix tape, Domestic Disturbance, earlier in 2009, Sid is putting the finishing touches on what is already one of the most anticipated releases on the 2010 Hip Hop calendar. What Doesn't Kill Me sees Sid raise the high standards he set with The Truth, while continuing to call it like he sees it. “The subjects on What Doesn’t Kill Me are heavy,” says Sid. “Police profiling, media scrutiny, death, youth, the ups and downs, living life. I feel that on this album I had to deliver reality through the eyes of people I've either met or know, and to tell their story.”

Make no mistake, though; Young Sid is undoubtedly the star of the show. Tracks like the Emile-produced ‘The Heist’ and the Twice As Nice-produced ‘Made’ are perfect examples of Sid doing what he does best - painting a vivid picture of life as he sees it, and offering the sort of social commentary that sets him apart from the pack.

"What Doesn’t Kill Me is like a movie,” Sid continues. “It touches every emotion you can think of; there’s a lot of action and drama. Plus it's an album with substance and meaning, and it’s jam-packed with messages. I wanted to make an album that is thought provoking – and I know that with this album, I've achieved it.”

What Doesn’t Kill Me will be released on Move The Crowd Records April 10, 2010. 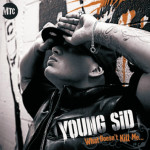 What Doesn't Kill Me

The last three years have been a blur for Young Sid. The respected South Auckland M.C. hasn't stopped working since the 2007 release of his acclaimed debut, The Truth. Now, ...