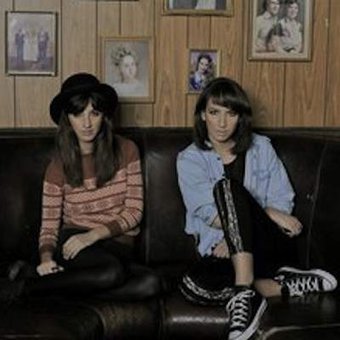 Maya and Vanya are a sister duo from Croatia, who have spent half of their life based in New Zealand, where they have been involved with music and spinning records, amongst other things.

Grew up listening to a wide array of music from Macchu Pitchu of the Andes, Gypsy Kings and Ladysmith Black Mambazo to The Beatles, Talking Heads and Rolling Stones. Gloria Gaynor to Larry Levan as well as funk and hip hop icons DJ Kool Herc, Grandmaster Flash and Bambaataa.

Their eclectic, fun sets and vast knowledge in music encompassing cross-cultural style, as well as great stage presence have made them become some of the most in-demand young DJs. Having a slightly different music taste from one another, put together they create a unique blend of music to get the dancefloor pumping. With their styles ranging from upfront House, Tech-house, Oldschool to the genres they are becoming ever so familiar for such as Tropical and Tribal House music mixed with Dub and Big Basslines.
But their sound is unique and ever evolving..!

Back home in Australasia Maya and Vanya have been booked to play at every major club, party and festival to date, in New Zealand Rhythm N' Vines, Homegrown, Summadayze, DeepHardNFunky, Air NZ Fashion Week, Ministry of Sound, Highlife, Our House; and in Australia at Revolver, Eurotrash, The Brown Alley, QBar, WorldBar Sydney, Elsewhere Gold Coast, The Mercat Cross, Wah Wah Lounge, Tonic.
Earlier in their career they held a residency at one of New Zealand’s most popular clubs Cassette9 for a year and a half (where they were also in charge of bringing over and hosting acts from labels such as Mad Decent, Dubsided, Made to Play, Spektrum, Brick Bandits, South Rakkas Crew, Sweat it Out, Ol Head Records, Grindin’, Ghetto Division, Scatterblog and many more).

And still run their very own monthly art and music based party night called The Thursday Night Tea Party, claimed to be one of Auckland City’s best and most popular club nights; as well as 'Akwaaba' in collaboration with Nick Dwyer a party aimed at showcasing exotic tunes from across the globe to the dancefloor, mixing them up to open peoples ears and expand their footwork.
In the past year they have been heavily involved with their own music production. Working on original material as well as in collaboration with both New Zealand and International artists more recently.