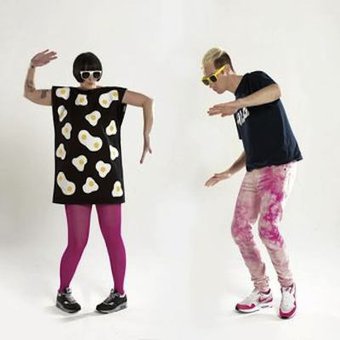 Kit Lawrence and Marie Celeste met in London in the late 90's and have been immersed in music, partying and mayhem ever since. Kit grew up in the rainy north west of England with one headphone on 808 State and the other on Joy Division. On the other side of the world Marie was listening to the B52's by day and putting on raves by night. They began making music at first in London, then Berlin and subsequently New Zealand where Pig Out were formed in 2006.

Pig Out were immediately popularised through marathon live sets that fused forgotten rave enthusiasm with raw MCing over thumping Detroit techno and they became the go-to party band. Their legendary shows introduced clubbing and dance music to a generation of young New Zealand indie kids and though pre-nu rave and well ahead of the curve Pig Out were geographically isolated though having too much fun to notice. In 2006 they signed to a local label and their acclaimed mini album Club Poems won rave reviews as well as making end of year best of at London's Rough Trade on import copies alone. Pig Out tucked a dozen tours of New Zealand and a Big Day Out set under their belt, won a b-net award for Best Electronic Track (Disco Bag), played SXSW, LA, New York, London and Sydney and took in a European tour that included headlining the Midi festival on the French Riviera, a rave in a container ship in Barcelona harbour and a four hour non-stop set in a Berlin techno club.

In 2008 Pig Out relocated to Auckland and spent the next 18 months giving their sound and live set up a radical overhaul. The result is RAVE X, a 16 song opus that is as hard to pin down as the band that created it. Shifting between minimal 2 step fused with ecstatic rave piano (Wicked, Genius), reconfigured garage (Who Do You Think You Are?, Ecstasy Rap), jump up drum n bass (DWM and Hype), jungle influenced dubstep (Cashflow and I.O.U.) and chaotic futuristic electro (Anthem, Revenge). The title track merges all the previous energies into an end of the night tune to end all end of the nights and true to the spirit of Pig Out it was written and mixed down in one afternoon. It typifies Pig Out's approach. Boundary pushing, infectiously danceable and impossible to pigeonhole. It is RAVE X. 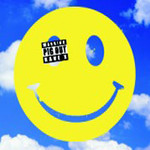 Rave X - a wild mash up of genres that masterfully bridges the breakbeat and 4/4 divide and meets in the likes of recent popular alt radio singles Revenge, Big ...