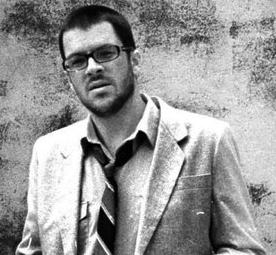 It all started in the spring of 1997 when Detroiter Matthew Chicoine, aka Recloose, made contact with techno pioneer Carl Craig by way of a now legendary ‘demo on rye sandwich’.

This story has been referenced to death, and we’d all prefer not to revisit the details. Instead, let’s focus on what it led to – the signing of Recloose to Craig's seminal Planet E label and the birth of an eclectic and vibrant musical career. Recloose’s musical roots trace back to eight years of studying music and playing jazz saxophone, later shifting his focus to the art of mixing, cutting and dicing vinyl whilst at college in Ann Arbor, Michigan. His eclectic DJ sets, which were first heard on college radio, have led Recloose to become an in-demand DJ, playing at clubs and festivals around the world as well as performing as a turntablist for both Carl Craig’s Innerzone Orchestra and the more esoteric Uri Caine ensemble.

Over his eleven year career Recloose has developed into a true standout of Detroit’s musical litter. To date he has released a number of groundbreaking 12” for Planet E and Rush Hour, a host of remixes for the likes of Herbert, Tei Towa, MJ Cole and Azymuth, a live album, and three full-length albums starting with his debut ‘Cardiology’‚ on Planet E / !K7 in 2002, greeted with wide critical acclaim.

Recloose relocated to New Zealand in 2001 to plant new roots and explore fresh musical horizons. 2005 saw the release of Recloose's second LP, ‘Hiatus On The Horizon’ (Peacefrog/Loop), an album that features a host of New Zealand’s finest musicians and vocalists (and spawned the dancefloor stomper ‘Dust’ feat. guest vocalist Joe Dukie). This was followed in 2006 by the Recloose Live Band’s funk compendium called ‘Backwards and Sideways’, recorded live at the San Francisco Bathhouse and released on Recloose’s imprint ‘Fingertips’ in early 2007. Since then the 8-piece Yankiwi wonderband has been consistently rocking high profile gigs in New Zealand, Australia, Europe, and Japan as well as releasing another two long players. 'Perfect Timing' (2008) which took out the prestigious Tui Award for best Electronica/ Dance album of the same year and 'Early Works' a compilation of Recloose's best work from the late 90's to the early 00's including both released and unreleased material. 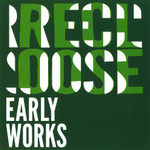 This compilation celebrates Recloose's early works from the late 90's through to the early 00's, including his best music from that period, both released and unreleased.