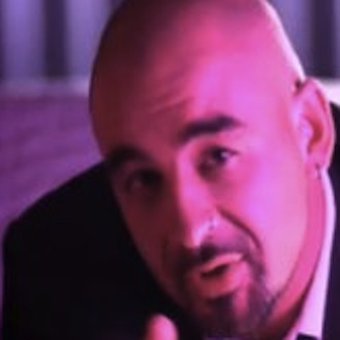 Tokyostreetgang was conceived by Jay in September 2009 as a musical side project to his Drum & Bass and more recent Dubstep production. He has been globally renowned for his involvement in future bass music production for over a decade, touring the world multiple times recording with, and headlining alongside some of the scenes biggest names. It was at the 2009 New Zealand music awards, after becoming truly inspired by the performance of the now legendary Ladyhawk that Jay knew he wanted to try his hand at something a little different. Not long after, He linked up with fellow musician Bene shanks (Known for his exploits as a member of The Crates/Beats Botanical) at a club night in Auckland.

After discovering a common passion for synthy, moody 1980's influenced pop, rock & electronica, the pair soon hit the studio to create the Tokyostreetgang sound. They worked as a duo until recently, when they invited Teia Williams, bass player for UK electronic dance band "Spektrum" to become involved with the Tokyostreetgang project. Relocating back to NZ to raise his young family, Teia's 8 years of experience with Spektrum, whether it be headlining major clubs and festivals throughout the UK & Europe, or playing support for some of the biggest dance acts on the planet, could only be seen as a benefit to the group and already the Tokyostreetgang sound has begun to evolve.

The concept behind Tokyostreetgang is to combine the finest elements drawn from the trio's passion for 80's, 90's and new millennium style music and production with a new-school versus old-school engineering twist, all the while emphasizing the moody "Neuromantic funk" created in their music. The vision for Tokyostreetgang is to bring together and collaborate with other prominent New Zealand musicians and vocalists, accumulating more "Gang Members" along the way. With a debut album scheduled for November 2010, Tokyostreetgang are well on the way to achieving their goal. Tokyostreetgang are already making waves throughout the New Zealand music scene via gaining the support of some of the most influential people in NZ music, radio and media, creating an undeniable buzz amongst New Zealand DJ's, producers and promoters alike. Now with a live show in production, Tokyostreetgang are looking forward to taking their music to the stage, and to the masses. Tokyostreetgang. Become a gang member.