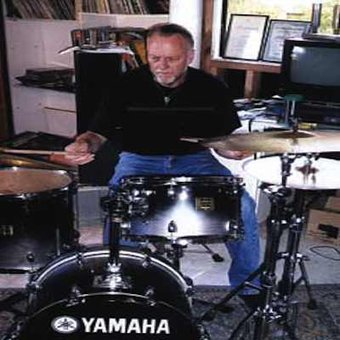 Frank has had a vast career that has taken him around the world.

He is recognised in the international Jazz community as an icon and fantastic player. He is one musician who could play with any jazz group in the world and has shown his ability to play in any genre due to his wonderful feel, outstanding technique, and great empathy.

All of this has given Frank a very successful career. His CV reads like a "Who's Who" of jazz and he has played with many artists from Frank Foster, John Schofield to Alan Broadbent, Joe Henderson to Sam Rivers.

He has played across musical genres with a wide variety of artists from Shona Lang (playing on Glad I'm not a Kennedy), Dusty Springfield to Diana Krall. He has played on over 150 CDs/albums, won Jazz record of the year 3 times, played on 10 other award winning albums, and in 1983 was inducted into the Zildjian hall of fame.

Currently he is endorsing Yamaha drums, Paiste Cymbals, and Promark sticks in which he has his own signature drumstick.

Recently, Frank has kept busy playing overseas festivals and clubs such as the Melbourne Festival and Bennett's Lane, playing the occasional gig in LA with long time friends Putter Smith and Alan Broadbent, playing the usual local festivals, music in parks and gigs, tutoring in jazz at Massey University, and running drum clinics and his private drum tutoring practice. He writes a regular column for New Zealand Musicians Magazine.

His CD Rainbow Bridge recorded in Melbourne with James Oehlers, Matt Clohesy and Sam Keevers was nominated for jazz record of the year, and he is on three new CD's; Estate with Julie Mason - Live at the Sawmill, the Dan Papirany Trio's Live at the MLC and his own solo album Harmony of the Ferocious is due to be released. His duet album Open Door" recorded with Mike Nock has just been re-released on CD.
- Paul Rogers, Titirangi Music Festival Promoter 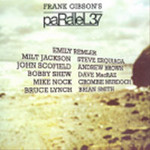 During the 70's and 80's many overseas jazz acts visited our shores and Frank along with Andy Brown, Murray McNabb and Phil Broadhurst were recruited as the core rhythm sections.