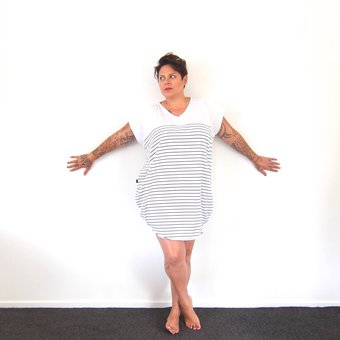 Needing no introduction, Anika Moa returns to our sound waves plucking the heart strings of love and loss on her 4th album Love In Motion.

After 12 years in the music business, numerous Apra Silver Scroll nominations, a debut double platinum album with Thinking Room, platinum status with her third album In Swings The Tide, Moa could be termed a minor veteran. But that would suggest she has lost the confessional nature that has become her signature in the world of pop music. She may be turning 30 this year, and life evolving to incorporate new ambitions - but as always - Anika Moa lays bare her soul & casts a tender and cheeky grin across every song and crowd.

Evolving from the 18 year old handpicked to discover fame and fortune in New York City - to an industry savvy and undeniable, still very "hard-case" Maori girl from round-about Christchurch. The common thread that ties her humble beginnings to the artist with three poignant and successful albums is her natural knack - an instinctive pop sensibility.

Almost every song you've heard through Anika Moa's career takes you into her very private space, a tender place where she plainly wears her heart on her sleeve.

Each album has been part of Anika Moa's musical evolution and a reflection of immediate influences. While her first album Thinking Room could be coined confessional pop, her sophomore effort Stolen Hill is coloured with a jazz/blues brush, the third album In Swings The Tide distinctly country tinged; the new album trades the acoustic guitar for the electric, and moments of laconic rock is the result.

I've been influenced by rock a lot more on this album. Artists like Patti Smith, The Gossip and I was thrashing Ladyhawke during the recording of the album. I even stole a melody from The Gossip and used it in "Running Through the Fire (Storm)" on the new album.

Love In Motion was recorded between Neil Finn's Roundhead Studio in central Auckland and Bruce Lynch's Boatshed Studio in Bayswater, under the shadow of Auckland harbour bridge and was an exercise of disciplined focus.

This is the first album that I really thought about what I wanted; I did a lot of pre-production and recorded it quickly. The songs themselves are quite sparse, I wanted to keep them simple in structure, concentrating on the layering of vocals and guitars; bringing a tighter depth to the sound.

Co-produced with Andre Upston and recorded with her band of usual suspects, (Chip Matthews, Geoff Maddock, Nick Gaffaney and Godfrey de Grut) Anika Moa is very proud of the result, a place where love can be a battlefield or a goldmine. But she quips; this love is a varied and complex thing. 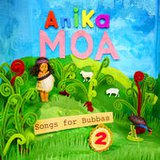 The eternal nipper in all of us loves a hearty dollop of musical fun, so we're delighted Kiwi singer/songwriter/baby whisperer Anika Moa recorded her second kids' album.