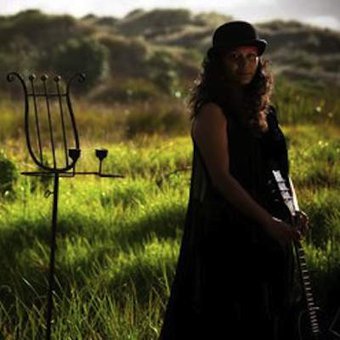 but just like removing your shoes as you enter a house, you must remove your inhibitions to enter hers.

Born in Whakatane in 1968, her voice may whakapapa to the ethereal patupaiarehe of the Urewera ranges, but it was her great aunt who introduced Emma to her first musical instrument, the piano, when she was six. When she was eight her Dad scored her a $40 guitar through his mates from the next town. Then the hippie aunties down the road taught her a few chords, surprised that she picked up the strum straight away but as she says, that's what it's like being Maori.

When her Mother sat her down and asked her if she wanted to try piano lessons, at eight, she replied yes, writing her first original song at age ten.
Fast-forward fifteen years and she is receiving national honours as best songwriter and most promising female vocalist with the best music video with her hit single System Virtue.

The accolades continued in `94 when her Neil Finn produced single
Greenstone topped the charts, followed closely by her debut album Oxygen of Love, released in Australia, Japan and Italy, earning her a Mana Maori Award in 1996.

"Oxygen of Love is remarkable. Paki has made perhaps one of the most beautiful albums produced in this country yet. She is a very special talent.'' Metro.

"Quite simply ... the most beautiful album I've ever clapped ears on. These songs are bittersweet and fragile enough to shatter at a touch. She could sing extracts from the Road Code and it'd send tremors through your soul.'' Waikato Times.

"Her songwriting is disarming with both its melodic sense and its wide eyed lack of guile.'' NZ Herald.

Her songwriting is an honest extension of her life experiences and she is as content playing the guitar sitting on the ground as she is touring with Crowded House or Dave Dobbyn at sell-out concerts.

Either way it would be a spotlight performance with rave reviews because her skills are prolific.

As one of Aotearoa music's most formidable talents, Emma is the undisputed pioneer of our singer and songwriter darlings. Gifted but modest, she'll forfeit the glory but not the guts to fulfill her dream as a performance and recording artist. In a time when often the best gets put aside for an easier road, the crowd roars. 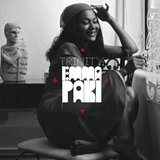