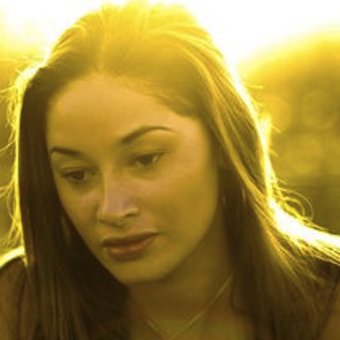 Maori singer/songwriter Maisey Rika, has one of Aotearoa's (New Zealand's) most impressive lead vocal style, fused with her honest and thought invoking messages.

Some have described her sound similar to Tracey Chapman or Sade, with a splash of India Arie. Her spine tingling vocals and fusion of English and Maori (Te Reo) lyrics is capturing the hearts of soul seekers both in New Zealand and abroad.

Maisey and guitarist J.J, have worked to create an original melodic experience backed with strong eclectic messages. A mix of folk, acoustic, soul and easy listening, their musical palette is vibrant with elements of roots and deep culture.

Since the early age of 13, Maisey began singing on stage and in the studio at a professional level. Maisey’s first recordings brought her to stardom with “E Hine”, a classic collection of Maori traditional songs. “E Hine“ went double platinum and also won “Best Maori Language Album” at the New Zealand Music Awards. Maisey was also nominated for “Best Female Vocalist” in 1998 at just 15 years old. Maisey, now in her 20's has released a 6 track EP that charted in the NZTOP40 album charts and is now about to release her much anticipated debut album "Tohu". Tohu, is a collection of 12 songs Masiey has written over the past decade. These originals include tracks such as "Ladeda Day", "Omaio" and "Untouchable", some of these are the very first songs written by Maisey, chosen to illustrate her evolving songwriting style.

Tohu is filled with these touching tales and the universal emotions of hardship, happiness, love, justice and sorrow we can all relate to.

Produced by Mahuia Bridgman-Cooper, this collection explores many different arrangement styles. The ancestral sounds of traditional Maori instruments have been used along side energetic guitars, drums, animated horn sections and pure string sections.

All together, Tohu musically has an organic feel, diverse range with Maisey’s lyrics beautifully fusing this together into a musical journey.

Maisey's strong heritage, eclectic songs, and her honey-stung vocals are quickly traveling around the world, from Aotearoa shores into international hearts.