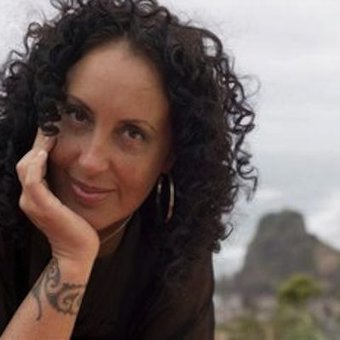 She has been described as 'brilliant' by The Beat (USA, 2004), ‘N.Zs most exciting music export' (Marie Claire, 2002), and creator of ‘music of great depth and beauty' (N.Z Herald, 2003). Her band gained an unheard of
two rave reviews from a reputedly scathing critic in Germanys largest daily newspaper (Suddeutsche Zeitung 2002, 2004).

Through their recordings and live performances, Moana & the Tribe have quickly cemented their reputation as one of the most successful indigenous bands to emerge from Aotearoa-N.Z.

In 2002, Moana formed Moana & the Tribe, and took her music to Europe on the back of the CD Toru (Pirate / Sony Records) which entered the European World Charts at 17. Since then, the group has played over 150 concerts alongside artists such as Patrice, Seeed, and Youssou N'Dour.

In 2004, Moana became the first non-American to win a major USA based songwriting contest with her song Moko, beating over 11,000 composers to win the Grand Jury Prize of the International Songwriting Competition.

In 2005, Moana & the tribe took their music to the former Soviet Union - even playing in Le Club, with the owner and jazz legend Igor Butman improvising live with the band. Last year, the band released its CD and DVD into
the UK in 2006, playing 5 gigs in England at the end of a 25 gig tour of Europe.

When the band isn't playing, they are usually laughing. Sometimes they laugh onstage, too.

In 2007, the band kicked off the year playing in the villages of New Caledonia before heading off to Vladivostok, Moscow and St Petersburg. In 2008 they did another Europe tour performing for the first time in Poland and the Czech Republic. Also They performed at the Australasian World music Expo In 2008 they have also released their 4th album "Wha". 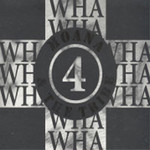 Across her previous three albums Moana Maniapoto confirmed her status as one of New Zealand's most significant voices whose sound could just as comfortably incorporate politics and culture as seduce ...