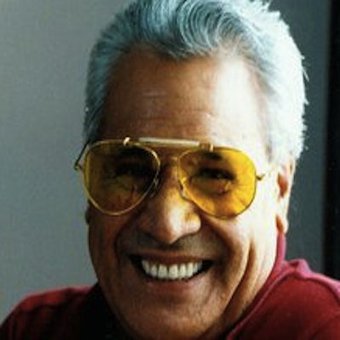 The quartet began performing live and issuing records in 1956 and continued until 1964 when the quartet was disbanded.

His first solo tour of the country in 1965 with the Miss New Zealand Show was difficult for him as he found the audiences expected him to do all the Quartet numbers, by himself.

But Howard persevered, repeating the tours in 1966 and 1967. He released two singles on HMV in 1966 and then joined John Hore, who was also a member of the tours, on an album in 1967 called Take Ten.

As his solo career began to blossom, doors started opening on the Asian circuit. His first big breakthrough there was a six week season at the Inter-Continental Hotel in Singapore, where New Zealand servicemen stationed there gave him a great boost. Then came the opening of the new Sheraton in Manila, where his one-month engagement grew until it was eventually three months. The high-flyers of Manila really loved Howard, and he even did special shows at the presidential palace. Next was the Hilton, Bangkok, which led to regular appearances on the Asian Hilton circuit, Kuala Lumpur, Singapore, Manila, Taiwan and Hong Kong. Howard developed a huge following in all these capitals.

Then it was Hawaii and a wonderful opportunity to star at the opening celebrations of the Sheraton, Waikiki. During that season his fellow entertainers were Sammy Davis Jr, Andy Williams and Glen Campbell. Howard maintains that Sammy was the greatest artist he has ever seen. Throughout those years of touring Asia and the Pacific, Howard often appeared for the New Zealand Trade Commissioners, helping to spearhead the trade drive into those countries. This work was part of the reason for him being awarded the OBE in 1976.

On the recording side, he released two albums on Joe Brown's label in 1968, called Born Free and Power Game. In 1969 he switched to RCA, beginning a long association with them. His first RCA album was Getting It All Together in 1969. It would be thirteen years, 1982, before he released the next one, but when he did, it was huge.

A TV special, recorded before an enthusiastic audience at the Founders Theatre, Hamilton, in July 1982, was was so successful, it finished up the top rating programme for the week. RCA took advantage of this and released an album called Howard Morrison from the show and it was a massive seller. It contained magnificent versions of songs like Begin The Beguine, Granada and a comedy routine called Howie The Maori. But the real highlight was Howard's version of How Great Thou Art. This song arose in a way which nobody could have predicted.

Howard had been invited to appear again at a Royal Command Performance when the Queen returned to New Zealand in 1981, and was having trouble deciding what to sing. While at a Tu Tangata hui in Auckland one day, he heard the hymn, How Great Thou Art or Whakaaria Mai being sung during the opening prayers. His hair stood on end and he knew at once that this was his song. Much to the disbelief of many, it was a stunning success at the Royal Concert and when released as a single, it held the number one position on the National charts for five weeks and remained in the charts for over six months.

In 1985 Howard released another album called Songs Of New Zealand.

Throughout his career, Howard has regarded recording studios as cold, sterile places. He much preferred to be recorded in front of a live audience where he thrived on the inter-action. Although when he did do a studio album you could be sure that it was going to be good, as was the case with his 1988 album Love Is A Many Splendoured Thing.

The next year, 1989, held many special moments for Howard, there was the release of his new album Live In Concert, but none could match that magical night of the television tribute 'This Is Your Life'. It came two days after his return from France, and he was quite overwhelmed in the first segment of the programme, but as the Quartet appeared, along with his family and old acquaintances, he relaxed and had just about the best night of his life. The public reaction to the show was astounding. It was as if the whole nation had been reawakened to an old friend. TVNZ received hundreds of calls of congratulation and the programme was hurriedly repeated. The call went out immediately for another nationwide tour and Howard responded, playing once again to packed houses. The concerts included a formal segment starring the extended Morrison family. Favourite songs from the concerts were Maori Battalion and Tukua Ahau. He was knighted the following year for his services to entertainment. 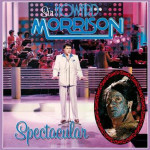 Sir Howard Morrison's best selling album has been unavailable for a number of years but is now back in stock. This album contains all of his most famous songs recorded ...