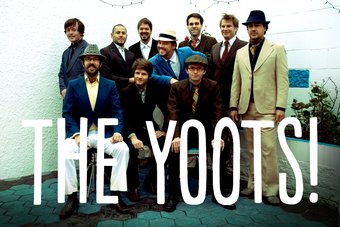 In 2006 the notorious Hopepa (Joe Lindsay, trombonist for FFD) ceased his outlandish antics for a brief moment and formed his own group, The Yoots.

He enlisted his younger brother Sam Lindsay along with colleagues Iain Gordon and Toby Laing. Then he summoned Mike Fabulous, the Yeabsley brothers and P.K. Hoskin. Still not satisfied, Hopepa called in favours from the likes of Craig Poll, Lucien Johnson, Will Ricketts and Adam Tijerina; and finally the ensemble was complete.

With Ho at the helm, the new group set out to navigate a musical passage somewhere between calypso-ska and country-soul.

The Yoots took the stage at The Cuba Street Carnival, a series of outdoor festivals, as well as late night appearances too numerous to enumerate. Wild excitement and heaving dance floors followed The Yoots at every turn and the air crackled with the strains of the finest party music, songs from distant corners of the globe, from East Africa to the Caribbean.

Early in 2010, The Yoots began to chart a slightly different course. Along with the rocksteady rythms of Don Drummond and The Skatalites, other sounds, famous melodies from Aotearoa began to feature on the programme. A new era had commenced.

Songs such as Hine E Hine and E Papa Waiari were heard alongside strains of Calypso Boogie and Creole Compa. Instead of hunting through rare records to unearth musical gems from distant lands, The Yoots searched through their own experiences and earliest memories to draw on the rich musical tradition of these islands. 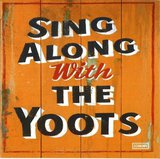 Sing Along With The Yoots

Melodies travel at a speed so rapid as to be immeasurable by science. Long before the words are heard, the melody of the song has entered the listeners' dreams and ...