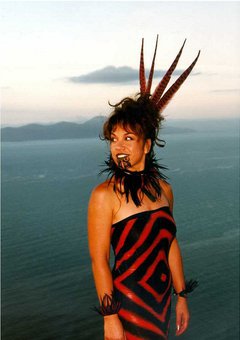 From London jazz clubs to European arts festivals to New Zealand's Te Papa Tongarewa, Toni Huata's style and strength as a performer allows her to stand confidently in te Ao Māori (the world of Māori) and non-Māori worlds.

"Toni brings forth sounds and feelings from the past, mixes it with today's international musical influences to present a sound for the future" -Tū Mai Magazine, NZ

Toni is a Māori songtress, actor, performer and director whose talent allows her to perform at various International music and dance festivals both nationally and around the world including support to The Neville Brothers (USA). Toni has performed in London - England, Baskque, Spain, Holland, Germany, Canada, Australia, Hawaii, Rarotonga, Palau and Pago Pago for the 10th Pacific Arts festival. Her performances overseas have earned her praise:

"Her stunning voice has been heard before but 'Te Māori e' is a visual and aural delight" - Real Groovy, NZ

Hailing from Hastings in Hawke's Bay, New Zealand, Toni says she was surrounded by an eclectic array of influences including the Anglican Church, choir, tap dancing, musical theatre and Māori cultural performance. She affiliates to Ngāti Kahungunu and Rongowhakaata tribes, and is also of Lebanese, German, Scandinavian and Irish decent.

"The show had high quality offerings for a wide variety of tastes, ended most suitably with Toni Huata singing the dramatic Haere Atu Rā . . ." DOMPOST, NZ

Toni is also a tutor in voice, movement and stage craft and did voice work for Peter Jackson's King Kong.

REVIEWS - What the Media think: 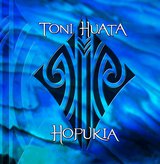 Huata's fourth album but her first in two languages, Māori and English, as well as her debut in the dub and electronica genre.