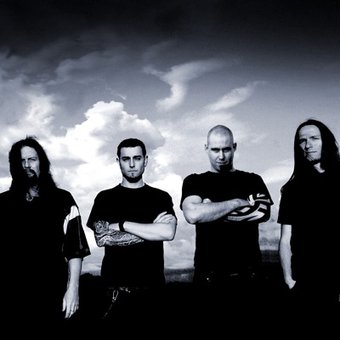 Exploding out of West Auckland in 1998, 8 Foot Sativa have gone from being a local band playing every week, to becoming the premier metal band in New Zealand.

They are the first metal band in NZ to crack out of the small scene and bring New Zealand Heavy Metal to mainstream kiwis doorsteps, with the song "8 Foot Sativa" staying at number 1 for three months and eight months in the charts. They have also had success overseas, in Australia, USA and Europe. With their first album "Hate Made Me" achieving Gold Record status, the follow up with "Season for Assault", which established 8 Foot Sativa as a household name. Since then they have released 2 more albums "Breed The Pain" and "Poison Of Ages", both recorded in Sweden under the guidance of Pelle Seather (Carnal Forge and Corporation 187). Both albums sold out on release and showed 8 Foot Sativa's ability to expand their sound and show their diversity.

8 Foot Sativa have played with the big names of metal including Pantera, Motorhead, Korn, Children of Bodom, Disturbed, Soul Fly, Shihad and Corrosion of Conformity. They have had 2 Big Day Out appearances on the main stage, sharing the stage with Slipknot, Metallica and System of a Down. 8 Foot Sativa have already completed a successful world tour, and have plans to do it again. 8 Foot Sativa have had some line up changes, and after guitarist Gary Smith suffered a wrist injury they went on hiatus. But now, they are back, with the original and definitive front man Justin "Jackhammer" Niessen. To the mix comes the ferocity of drummer Corey Friedlander and second guitarist Nik Davies.

The boys are about to release their Greatest Hit's album with their best tracks of the first 4 albums, including the single "Sleepwalkers". This will be accompanied with a DVD that has all of the videos from the last ten years. As we speak they are also in the process of writing what will be album number 6, which sees them return to the classic 8 Foot sound with heavy riffs, groove and melody. The return of 8 Foot Sativa has been timed so their first show together will be opening for metal heavyweights Fear Factory, at New Zealand's music mecca The Powerstation, in Auckland on 22nd September 2012. Following this show up with a National Tour, then it's into the studio to record their new album.

8 Foot Sativa are back with breakneck anger, and are coming at you like an unstoppable cannonball. 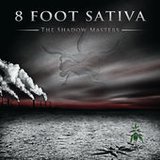