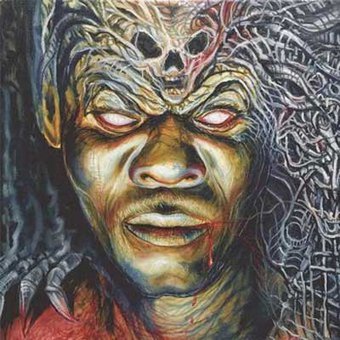 By the end of 98 Dave had left for Australia and Ryan shifted to guitar, and the trio went into C Moore Sounds recording studio to record a six song demo 'Deviance in Society' of which only a few copies were made.

In mid 1999 they were joined by Nathan on bass for their first gig at the Wellington Punkfest. Soon a new bass player Aiden was added, allowing Nathan to switch to his main instrument guitar and the band to finally develop the enormous low tuned chug that has become their trademark.

In April 2001 after several successful shows in Auckland and Wellington, Backyard Burial travelled to Rockbottom Studios in Auckland to record some newer songs. Produced by Nich Cunningham, the infamous '$2 PE-E.P.' is a good representation of the Backyard sound, and has had frequent airplay on Metal radio shows throughout New Zealand. By now the band were regularly playing larger gigs with touring bands and in late 2001 supported Misery from Melbourne, Australia. The release of the EP shortly after this also coincided with the bands first tour, playing three dates in North Island cities Auckland, Hamilton and New Plymouth.

In early 2002 Aiden left, and now locked into the two guitar sound the band were forced to find a new bass player. They recruited Greg formerly of Lower Hutt band Discenter, who quickly picked up the reins and the band returned to Auckland to record nine new songs, again with Nich Cunningham at Rockbottom. But back in Wellington Greg revealed his plans to go overseas, so once more faced with the prospect of finding a bass player, and with the new recording still incomplete, Nathan became frustrated and moved to Auckland.

Determined to continue at least long enough to release the new CD, Ryan began teaching songs to guitarist Mark from Lower Hutt band Abracadaver and bassist Jason from Wellington Tech Death band Falciform, who had toured with Backyard Burial. After a few practices the new band was ready, and triumphantly returned to perform very successful shows in Auckland and Wellington with a brand new CD 'Repeat Offender'.

After extensive gigging throughout New Zealand, including support for Pungent Stench from Austria and Deeds of Flesh from the USA, the band released the CD Hedonistic Cravings' in February 2005, and headlined An Audience With The Devil 2005 in Auckland.

In mid 2005 guitarist Mark was replaced by Alex, as the band continued to headline shows around New Zealand, including Satanfest in Christchurch and Auckland Undergound Fest, and a North Island tour with Australian grind legends Blood Duster.

Following these gigs Backyard Burial returned to the Kenepuru lab to lay down tracks for a single entitled A Promising Young Law Student which featured on the AK Underground Fest compilation release. This was an exercise in self-recording, making use of collective skills to record/produce the song, and to this date is the most accurate representation of Backyards live sound which is yet to be captured through recording.

More recently the band has made the collective decision to part ways with long standing bass monster Jason, and have since recruited George (AKA Gary Glitter) as their new low-end spray attack instrument. Since Georges recruitment Backyard have been upping the anti in attempts to write a new and more diverse catalogue of music for the next recording, as well as focusing on getting up to speed with the lineup change. 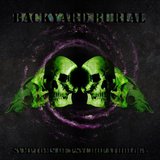