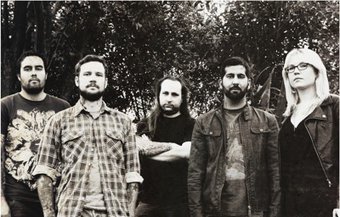 Cobra Khan’s emergence from the wreckage of New Zealand hard hitters Sommerset, Day One and Balance has been as well documented as the amount of thrashing the tracks from their mini album 'Sleepless Lions' received since its release in 2006.

They've played shows big and small over the last few years, building on the live reputation of their previous endeavours to a point where their loyal local following looks forward to Cobra Khan's now somewhat semi-annual live performances.

Disinterested in retreading old ground and playing to the conventions of whichever guitar-oriented crowd you're most likely to lump them into, on their first full-length album Cobra Khan have sidestepped genre restrictions and audience expectations alike to make 'Helgorithms' - an album that brings all manner of influences to bear. After key writer Milon Williams immersed himself in his favourite records before writing Helgorithms. The band has surprised even themselves with the finished product, a sentiment sure to be shared by those hearing it upon release.

Various reference points will present themselves throughout the album, some obvious, and others less so, with Cobra Khan shifting gears with ease on a record that remains cohesive throughout and exudes a quiet confidence and depth that entices on subsequent listens.

Exploding out of the gate from the title track onwards, over the course of the next dozen songs 'Helgorithms' twists and turns to reveal an appreciation for guitar-driven numbers that are refreshingly out of synch with mainstream notions about what contemporary metal, punk, and rock are supposed to sound like - and the record's all the better for it. Diverse and dynamic 'Helgorithms' is more than the sum of its parts, and sure to still be spinning when those ‘contemporaries' have come to a standstill. 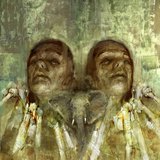 On this debut effort Cobra Khan has somehow bottled their musical passion. This has got to be one of the local releases of the year.