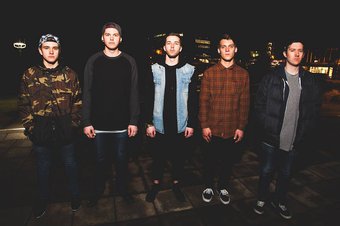 Dead Dreamers are a Post Hardcore Band from Hamilton City.

Since releasing their debut EP ‘This is an Awakening' in April 2012, they have played a large number of shows, booking their own tours, in order to share their unique blend of atmospheric metal/hardcore throughout the North Island.

They were fortunate enough to move into a large House on the outskirts of Hamilton, which they turned into a safe haven for traveling bands. The house, which was nick named 'Dreamers Estate,' then started to host large house shows where bands such as Stray from the Path, In Hearts Wake, Antagonist AD, Depths and many more played, packing out the house on various occasions. Word about the house got out fast which lead to other international acts staying at the house during their NZ Tours.

After a significant line up change Dead Dreamers have been working relentlessly on their debut full length album ‘No Closure For Open Ends' recorded by Nathan Sowter (Blindspott, Antagonist AD, Kids in Space) and mixed/mastered by Pete Rutcho (The Ghost Inside, Bury Your Dead), due for release on the 27th of September 2013. The album shows a change in direction from the band's previous release, focusing on solid song writing and incorporating blend of mosh and melody. It's a release that translates well for energetic live performances, as well as being engaging on record.

Dead Dreamers have now relocated to the UK with ambitions of breaking into the international market. 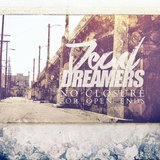 No Closure For Open Ends