Home / NZ Artist Directory / Metal / Every Man For Himself

Every Man For Himself 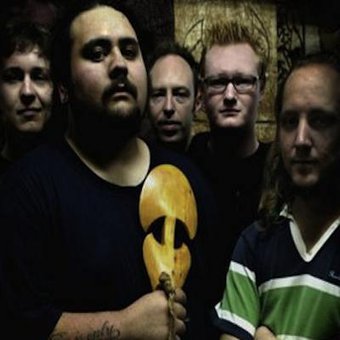 For over half a decade South Auckland's Every Man For Himself have been working non stop establishing themselves as an unstoppable force in the New Zealand metal and hardcore circuit.

Playing a style of music strongly influenced by many hardcore and metal acts of the new millenium, complemented by the bands very own distinctive approach to heavy music and refreshingly unconventional ideas, they have managed to created a crushing blend of metal, hardcore and grind, laced with intricate melodies and captivating groove which has earned them much respect over the years and managed to captivate the hearts and minds of both metal and hardcore fans alike.

Lyrically, Every Man For Himself are rooted deeply within their cultural identity and thus, their music is coupled with a strong and significant, heart-felt message which is delivered from an extremely under-represented collective voice and perspective, especially in modern extreme music.

Every Man For Himself's career has seen the band play numerous headlining dates nationwide as well as a 3 week Australian tour as direct support for The Rivalry, not to mention support slots for some of the worlds finest acts including Parkway Drive, Every Time I Die, Poison The Well, Misery Signals, Underoath and many more.

After a huge number of self-financed and self-promoted DIY releases, countless tour dates and noteable national festival appearances, the band has signed with Deadboy Records.
Their highly awaited full length album is due for release in the first half of 2010.

With a focus and determination unlike many others today, Every Man For Himself have no intention of slowing down, on the contrary the band has huge plans for the future and as always, you can expect to see them moving forward musically and proffessionally.

Auckland band Every Man For Himself continue their grassroots, steady climb with this, their fourth EP. The band has been playing increasingly prominent shows, including international support slots, and continues ...

Every Man For Himself elsewhere